What to expect, and how to get the most from, a visit to Kidzania London 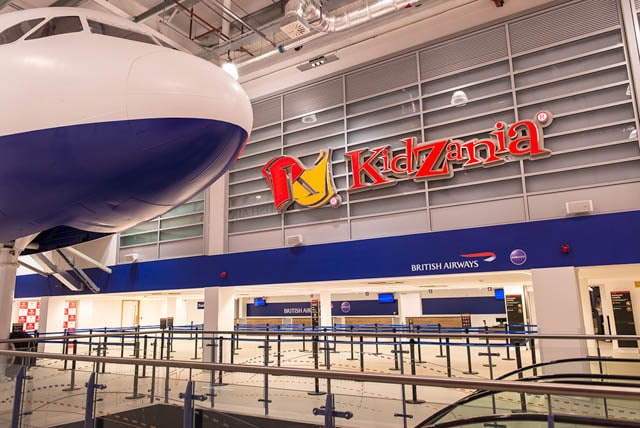 H and I are Godparents to siblings E and T, aged 8 and 6; this does mean that we can do our Godparently duties together, but we’re never quite sure of what’s cool in the primary school playground at the moment, so we’re always on the lookout for fun things to do. H’s friend Jac, took her son to Kidzania, in the Westfield Shepherds Bush shopping centre a few months ago where he had an amazing time, and they kindly extended an invitation to us.

To call Kidzania, an amusement park doesn’t quite seem correct, but I’m not sure what the exact term should be. It is about enjoyment, but there is much more to it than that.  Kidzania is a child sized city, designed for 4-14 year olds, where the children are in charge. It has numerous shops, restaurants, and many of the services that you would expect: a fire station, ambulance service, hospital, hotel, recycling centre and so on, about 60 in total. The children can do things like have a go at fun things such as making chocolates, or be a radio DJ, but these activities must be paid for with Kidzania’s own currency, the KidZo (Children are given some when they arrive and the balance is definitely in favour of fun).  Adults can watch their children doing each activity, but cannot do it with them.

But it’s not just about spending. Children can also earn by working; being firemen, policemen, or paramedics, for example. The firemen put out a “fire”, the police control the crowd and the paramedics check the adults for “injuries”, and “treat” where necessary (I had my “burn” wrapped in cling film by a very helpful paramedic, as well as being given oxygen). There are numerous different ways to earn money: restocking supermarket shelves, checking the “air conditioning system” (in reality, a chance to crawl through a fun maze of tunnels), do some recycling, be a journalist and so on.  There’s a good balance between more fun-based and work-based activities, but it’s not all nose to the grindstone; even the work was more about having fun, but with maybe a little learning. 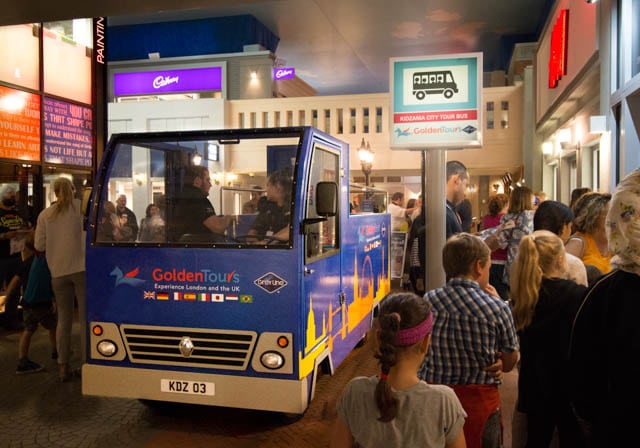 Many of the activities are sponsored by companies, the aviation academy is supported by BA for example, which makes them feel more like real jobs for the children, but on the flip side some might view this as yet more advertising on a fun day out.

Activities take on average 10-20 minutes each, so there is something for even the shortest of attention spans, popular activities such as the aviation academy or climbing wall will have a queue of 15 minutes. Kidzania say that most children manage 6-8 activities, but T&E did far more in their 4 hours.

Organisation and security are well thought out. The transition from the shopping centre to Kidzania itself is through a departure lounge, styled as an airport, complete with British Airways plane. Everybody – parents, guardians and children are all issued with RFID identification bracelets. A group of children who are old enough (8+) can be left to their own devices; parents and guardians can get messages to them by leaving one at the information centre: the children receive it when they log on to an attraction with their bracelet; you can also see where your child last checked in. The bracelets also mean that you leave with the children you arrived with: very useful if you’re feeling a bit frazzled. Children under the age of 8 need to be accompanied all the time in Kidzania, except when they’re actually doing an activity, when they’re supervised by the staff.

The staff were amazing and all genuinely seemed to love working with children; we were in awe of their good humour and patience. The attraction was clean and tidy, with plenty of immaculately clean loos. 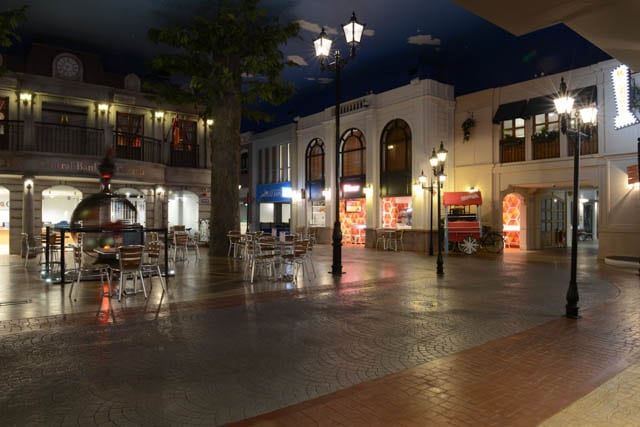 Because there are so many activities a little planning goes a long way to help you get the most from your visit. E and T had sat down with their Mum and looked at the website and came armed with lists of the things they both wanted to do (predictably both starting with chocolate making), which also had the effect that they were both impossibly excited before we got there and I was concerned that it might not live up to their high expectations. However, both had a wonderful time, and had already decided on the way home that they wanted to go back, as well as deciding we are super-cool godparents (taking them to Star Wars films also has something to do with this status).

It is not a cheap attraction: children’s tickets are from £18 – £25, and adults from £8, depending how far in advance you book, with a family ticket for 2 adults and 2 children, or one adult and 3 children for £88. For that you get 4 hours of activities from the time you entered the attraction, which for us was plenty of time. At the entrance, children are also given a handful Kidzos so that they don’t have to put in too much work before they can have fun; a wallet or bag for them to keep them in is very helpful. If you are feeling left out by the children having all the fun, then there are adult only evenings at Kidzania where you can have a go at that job you always dreamed of when you were little!

If you do visit there are excellent transport links, by bus, tube and train, as well as ample car parking. Allow about 15 – 20 minutes to navigate through the vast Westfield shopping centre to the attraction. 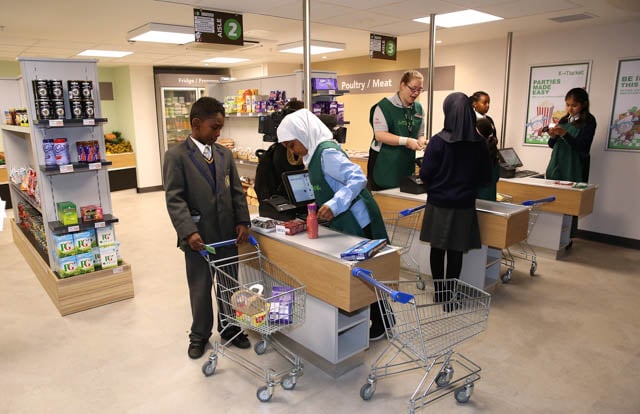 Kidzania was brilliant! And I especially liked the pit where you could go different ways ( the air conditioning). I like the Kidzania money. You get money back from people if you do real stuff. I loved the chocolate because you get to mix it. The chocolate was the best thing. I liked the police because you get to do really fun stuff. We were helping people to see if they could breathe. And if you had a burn, you needed foil, to put on people’s hands. The worst thing was the baby ride because you just go on something spinning slowly. The Kidzania helper people were really nice. They were helping us.

I thought Kidzania was really exciting. I liked best making the chocolate, because I liked stirring the chocolate all together.  I made a burger. I put lots of vegetables in it and a little bit of ketchup. It was very delicious.  I was a fireman and there was a fire.  The four rescue services worked as a team to put out the fire.  So it helped everybody to get to safety. I climbed a building. I found it super hard, because the steps were very far apart and high.  I was looking in the shop but I couldn’t afford anything, because everything was 40 Kidzo or over. I went into jail because my Godmother wanted a picture of me in jail! 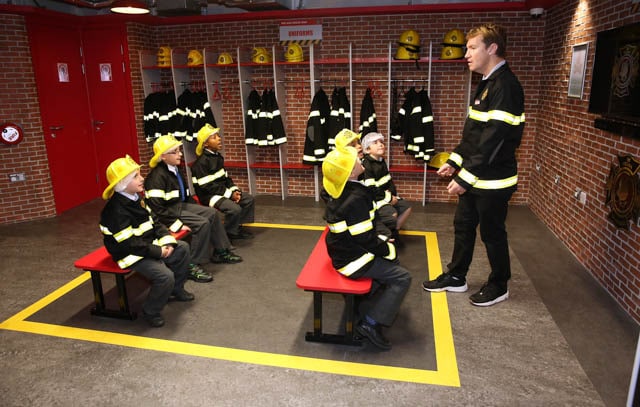 KidZania London is located on the First Floor between Marks & Spencers and Gap.

Fuss Free Flavours was the guest of Kidzania.   All opinions our own.  Images supplied by Kidzania.