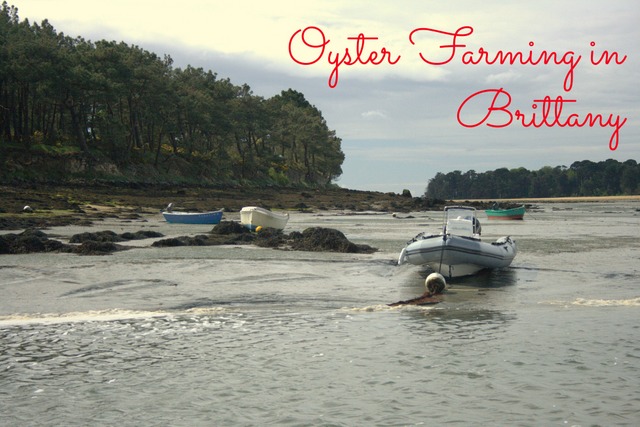 I do like an oyster, so I was very interested in going on the “Au Rythme des Marees“, trip, an introduction to oyster farming by fifth generation farmer Ivan Salo. It takes place in the Morbihan inland sea, where Ivan and his family have their operations. After a slightly fraught time with Miss Bossy the sat nav, we found the right car park at the very end of the road on the Pointe de Toulvern. Then straight onto the pontoon boat and out into the Golfe. 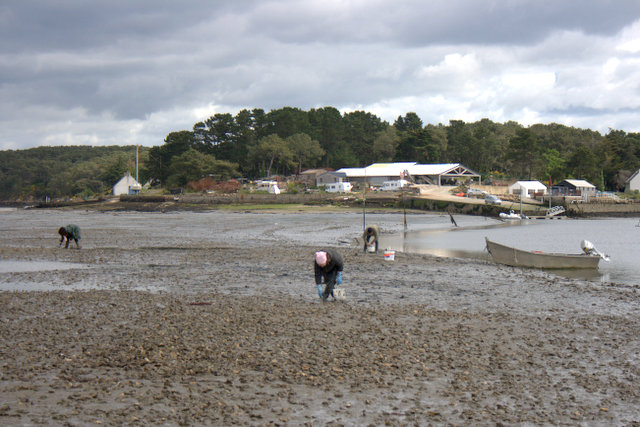 All the oysters that Ivan sells are the result of deliberate culture – whilst it’s possible to gather wild oysters, farming is necessary to produce the 10,000 tons annually that the Morbihan produces. There are two main ways of farming oysters: either on mud banks, where much of the work is done using a dredger, or in mesh bags on stands in the intertidal zone. We motored out past a couple of mudbanks, where the oysters were spread thickly, and Ivan’s mother was at work. Then it was across to Er Runio island, the location of one of the family’s oyster beds. 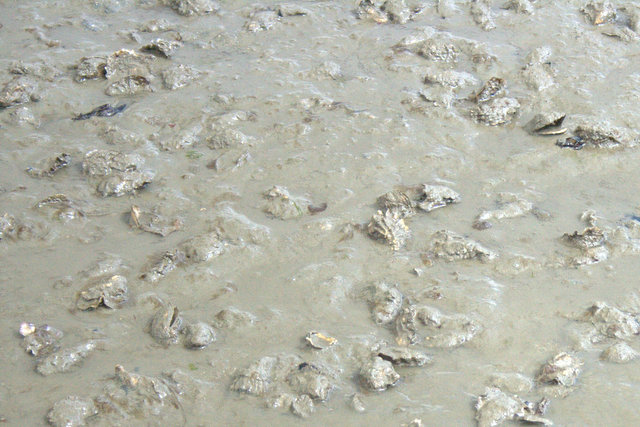 The process starts with the newly spawned oysters are caught on the plastic tiles placed out in the bay in July. Then, at nine months, the oysters are transferred, either into bags (the majority of Ivan’s operations), or to a mudbank. From spawning to consumption takes three years. 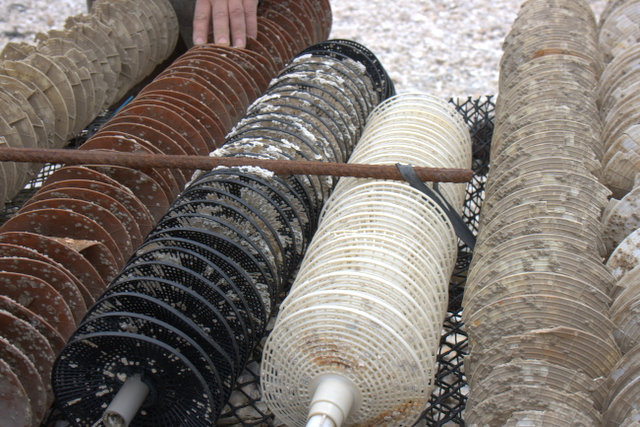 When young, there are 2,500 oysters in each bag. As they get bigger, they are rebagged; by the time they are harvested, there are 80 per bag. 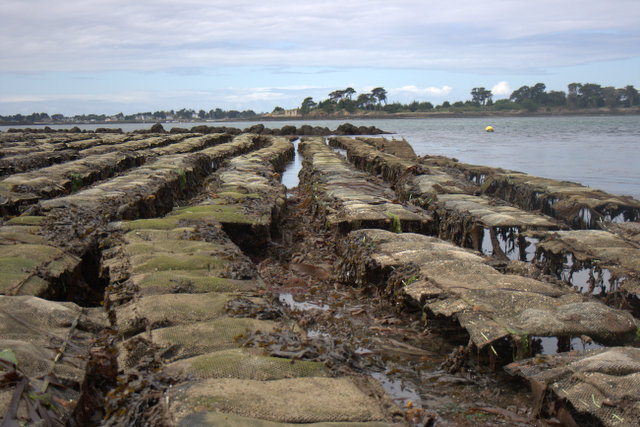 Oyster farming is not a case of simply bagging up the young oysters and harvesting the results two and a quarter years later. One of the things that has to be done is knocking the “dentelles” – little teeth – off the edge of the oysters,  which helps them to grow deeper, and larger. This is done by turning the bag and shaking it – something that’s done once every two weeks to each bag. Any oyster that has attached itself to the bag has to be knocked off with a flat wooden paddle, again to make sure it grows to the good shape. It’s not the work of a moment: and, of course, you only have a limited time as much of the time the oysters are covered by the tide. 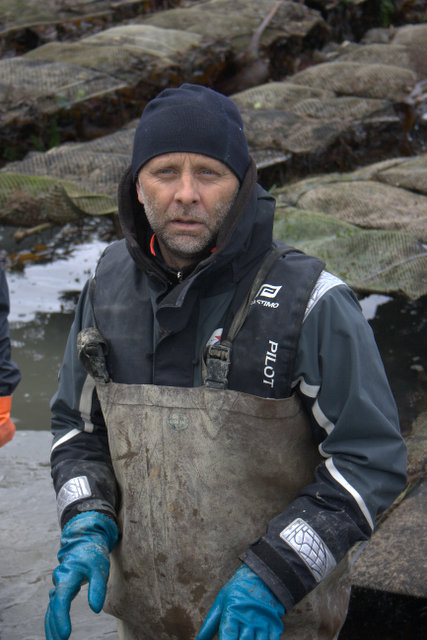 Four of us volunteered to give it at go – I did notice that all the women tried it, while all the men bar me stayed on the boat. The bags are heavy, and wet – obviously – and to spend a tide turning bags is a hard day’s work. Oysters aren’t overly cheap, but the price does reflect that a lot of effort goes into their production.

I was interested to hear that that mussels – which, like oysters, are also filter feeders – are much more efficient at filtering, meaning that it’s not possible to grow oysters and mussels in the same place, as the mussels crowd out the oysters. As a result, it’s against the law to farm mussels in the Morbihan. 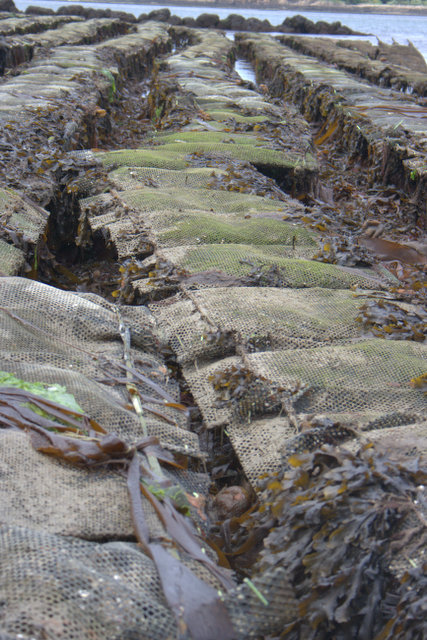 And this is the result: ultra fresh, delicious and with that unmistakable taste of the sea. As has been said, it was a brave man who first ate an oyster (I rather think probably desperate), but whoever it was made a great discovery. Whilst the weather was a bit bracing (!!) for our visit, we have no hesitation in recommending a day with Ivan discovering the story behind the food. 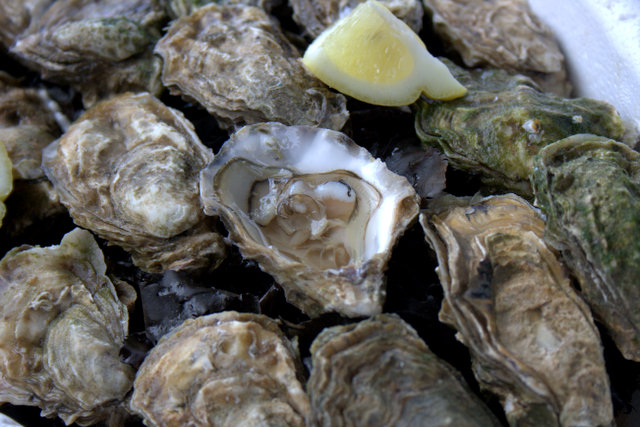 A 3 hour oyster tasting experience with Ivan costs EUR29 per person.  Details of dates / times are here (the schedule varies in accordance with the tides).   The event is in French, Ivan speaks a little English, and you will get by if you have some understanding of French.

Fuss Free Flavours was the guest of Brittany Tourism and travelled to Brittany on a review trip with Thomson Al Fresco Holidays and Brittany Ferries.