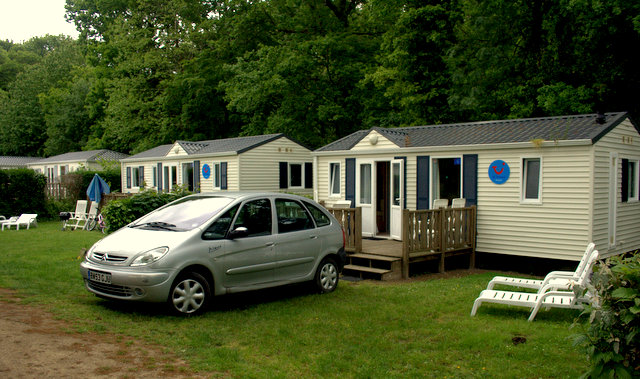 Not having children, we have much more freedom in our holiday plans than those who are shoehorned into the the expensive times of the year. This benefits our wallets, but it also means that we’re exploring places when the crowds aren’t around, and as we don’t like crowds, we’re big fans of that.

We are also fans of France, so were delighted at the opportunity of a week with Thomson al Fresco at the Grande Métairie campsite near Carnac in south Brittany. Camping is the wrong term – it’s a site full of mobile homes/chalets, so you have solid walls and a roof, which has significant benefits in terms of indoor temperature, the darkness of the bedrooms (it’s one of the downsides of sleeping under canvas – waking up at dawn whether you want to or not), size, security and privacy.  However, for those with tents, caravans or mobile homes, there are a number of pitches on the site.  A number of different holiday companies have mobile homes on the site, and visitors are from a mix of countries rather than just Brits. 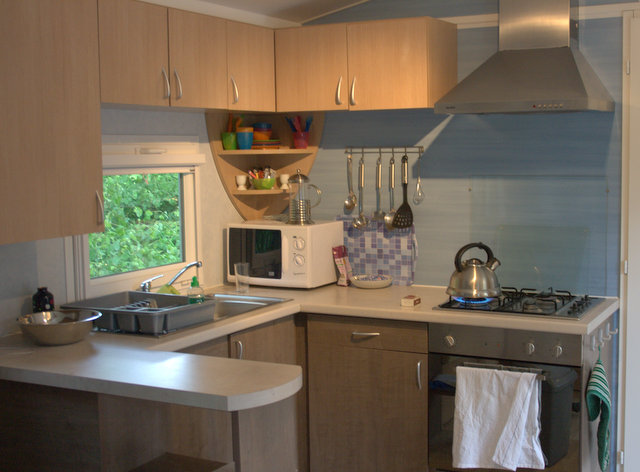 We stayed in the Rossini mobile home which had two bedrooms – one twin, one double, a shower room (endless supplies of hot water), loo, and kitchen/living room with both dining table & chairs and sofa. We found it perfectly comfortable, and were very happy with the facilities.   Each chalet is separated from its neighbours by hedges, and has a spacious deck outside the front door with a dining table and chairs,  as well as loungers and a BBQ  – Al Fresco is very much about out door holidays.

The chalet was spotlessly clean, the kitchen well equipped and was situated in a very quiet part of the site with a stream and woodland directly behind us.  There is not a huge amount of storage – but more than enough for two weeks in hot weather.   The wi-fi worked well (available for a fee)  and we did not miss having a television at all.   The on site Thomson reps were friendly and helpful – they also had a good selection of games and books to borrow for extra entertainment.  You do need to take your own linen and towels – even down to soap and a hand towel for the loo (which slightly niggled me as it is a hygiene issue and is something that I thought should be provided) and washing up liquid for the kitchen. 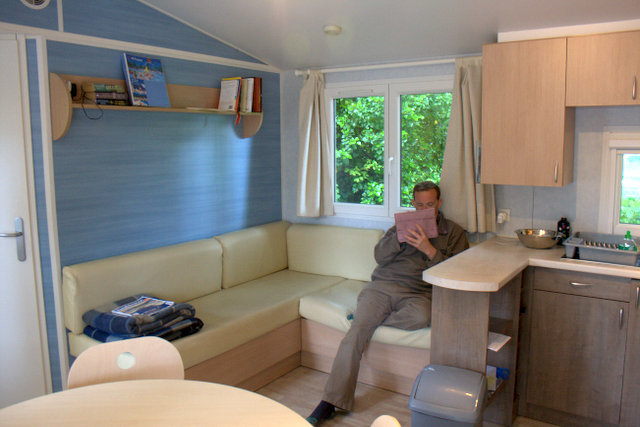 As well as the chalet, there were numerous other facilities on the site including a food shop, cafe/bar, laundry, indoor and outdoor swimming pools and numerous facilities for children. We can see that in the summer, it’s a great place to go with young kids as there really isn’t very much traffic at all – and what there is is limited to dead slow and no vehicles are allowed to more between 11pm and 7am – so you can let them run around without worries. In the high season, you’re undoubtedly paying for the facilities, but at the start and end of the summer, prices are much more reasonable, and so you feel far less guilty if you haven’t spent an afternoon on the waterslides.   Our week at the start of the season would have cost about £250 – prices rise to 4 times that in high season.

However, as I said, we were there at the beginning of the season during school term time, and used it as a base from which to explore southern Brittany, and for that purpose found the chalet and La Grande Métairie site to be ideal – as did the couple in the chalet next to us who seemed to be doing exactly the same thing! 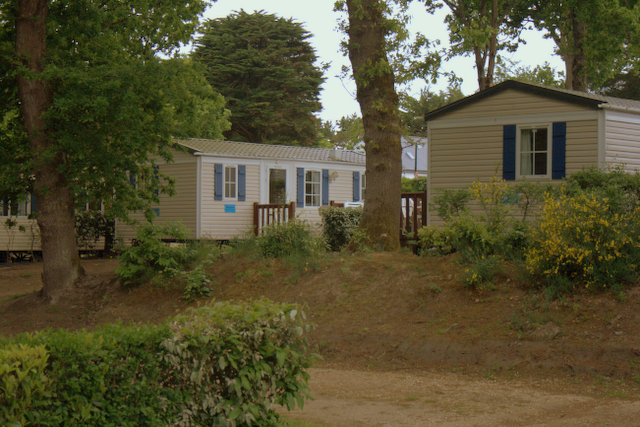 Of course, there were a few minor niggles in terms of equipment provided – remember to take good kitchen knives, (in fact, you really need to take everything. A checklist helps) and there was a general lack of hooks, for example, but there was nothing about the place that would keep us away.

In fact, we’re going to have to go back as we got engaged on our last night – cue much skipping through the campsite on our return from dinner!

Read more about our holiday and travels in Brittany with tips for Al Fresco and Brittany Ferries.