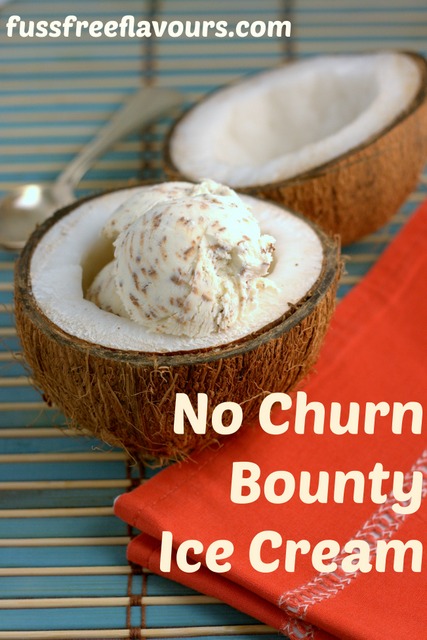 The original mutiny on the Bounty took place on the 28 April 1789 near Tahiti when Fletcher Christian seized control of HMS Bounty from Captain William Bligh. Bligh and 18 crew members loyal to him were cast into the Pacific in a 7m open launch.  In an astonishing feat of seamanship, without charts and only a quadrant and pocket watch, Bligh navigated to the Dutch East Indies, taking 47 days to cover the 3,618 nautical miles. From there he returned to London to report the mutiny and the British government sent HMS  Pandora to Tahiti and Pitcairn Island where the mutineers had settled, and 14 of them were arrested nearly two years after the mutiny.

On the return voyage to London Pandora ran aground on the Great Barrier Reef and 4 of the prisoners were drowned.  When reaching London the mutineers were tried  – 3 hanged, 4 found not guilty and 3 were pardoned.  Descendants of the Bounty’s crew still live on Pitcairn Island.

It is only since researching the Bounty for this post that I realised that Bounty Bars are probably so called because of the tropical islands of Tahiti and Pitcairn with their coconut trees where the mutineers from HMS Bounty settled.  If you are from the US – a Bounty Bar is similar to a Mounds.

Enough of the history and on to ice cream.  The magic ingredient in no churn ice cream is condenses milk – simply add it to whipped cream and it stops it going solid and crystalline when you freeze it.   Perfect for those who do not have ice cream machines or (like me) never have enough space in the freezer for the bowl.

Because of the quantities needed in this recipe you are always going to have some left over cream or condensed milk – I’ve scaled it so you use all the cream.   I pour my left over condensed milk into a plastic pot and freeze – ready for the next batch of no churn ice cream (it is equally good consumed with a spoon directly from the freezer).

I’d recommend chilling the coconut cream before you start this – it holds it shape far better when cold. 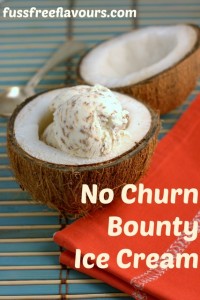 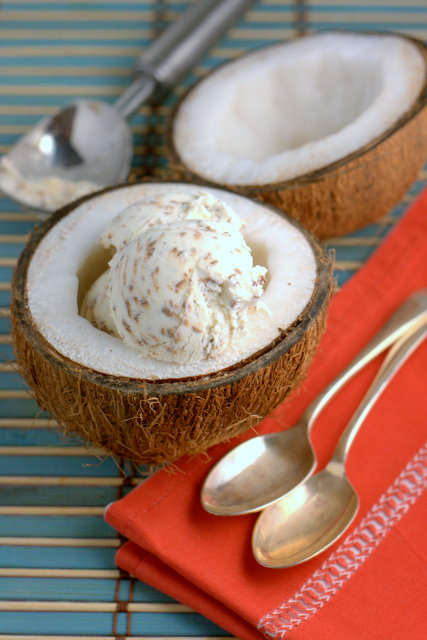 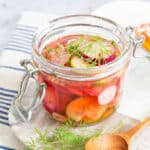