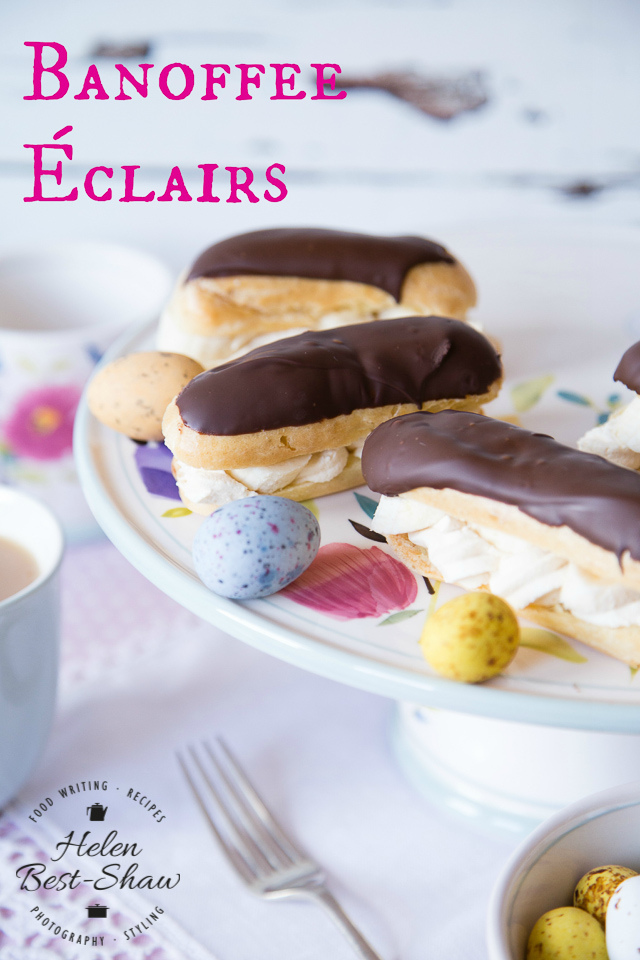 Choux pastry is one of the essentials of French patisserie, and a basic, that once mastered, that is both impressive and adaptable.  It is far easier than it looks, and I nearly always have good results. I do, however, advise a couple of practice runs to get to know the technique, and how it behaves in your oven before cooking to a deadline.

Master choux and you have profiteroles, croquembouches, éclairs, gougères and all variations thereof at your fingertips. Remarkably this pastry contains only four ingredients – butter, salt, flour and eggs.   It is a very different technique – melt butter in boiling water, stir in sifted flour, allow to cook a little, then beat in the eggs and pipe out to the shape you want.  The steam in the dough causes the pastries to rise into the characteristic buns that typically filled with cream. 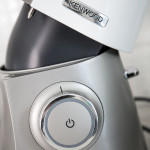 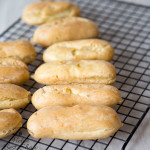 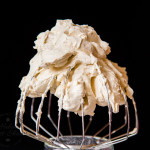 The recipe for these banoffee éclairs came from the Spring edition of the John Lewis Cook Edition (I reviewed the Autumn edition back in September). French Baker Richard Bertinet’s technique is to beat the eggs into the dough using a food mixer, instead of the rather arm achingly by hand.  Once you have a beautifully smooth and glossy dough simply transfer it to a piping bag, pipe out onto a baking tray, pop into the oven and watch as your eclairs puff up.   It takes no more than 40 minutes.

Once cool slice the éclair shells open, top with chocolate, fill with cream arrange on a pretty plate and serve.   I promise that you will be delighted with your efforts and will soon be making another batch.

To make the eclair dough, and to whisk the cream I used the new Kenwood Chef Sense stand mixer, a true kitchen work horse.

I adapted the recipe slightly and added some dulche de leche to the whipped cream for some extra flavour.   To double check that your éclairs are done, and to allow the steam to escape I usually make one or two little holes in the side of each one with a skewer and leave them in a turned off oven for a few minutes once cooked.  If you use a gas oven they will take slightly longer to dry out enough not to collapse.

I use a silicon baking mat on top of a good thick baking tray to bake on – no need to grease and the pastries will never stick to it.  You can make the eclairs the day before and store in an airtight tin before filling and serving.  The quantities for the filling are generous.  Fold some contended milk through any extra whipped banoffee cream, then freeze, to make a simple no churn ice cream. 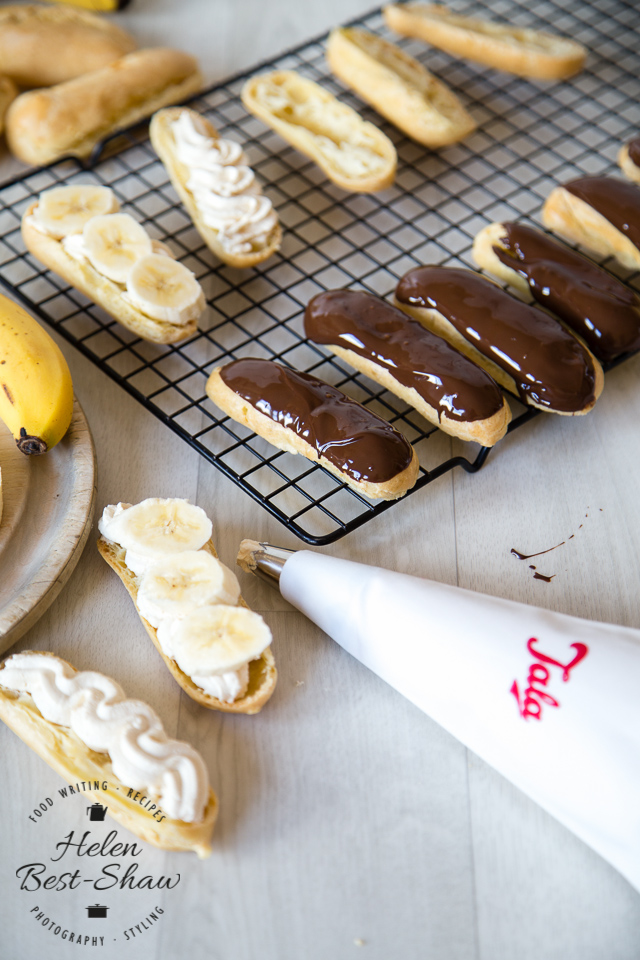 If you try this Recipe: Banoffee Éclairs (from the John Lewis Cook Edition) please tag #FussFreeFlavours on Instagram or Twitter. It is amazing for me when for me when you make one of my recipes and I really do love to see them. You can also share it on my Facebook page. Please pin this recipe to Pinterest too! Thanks for reading Fuss Free Flavours!
5 from 1 vote 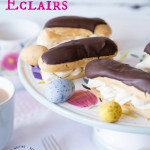 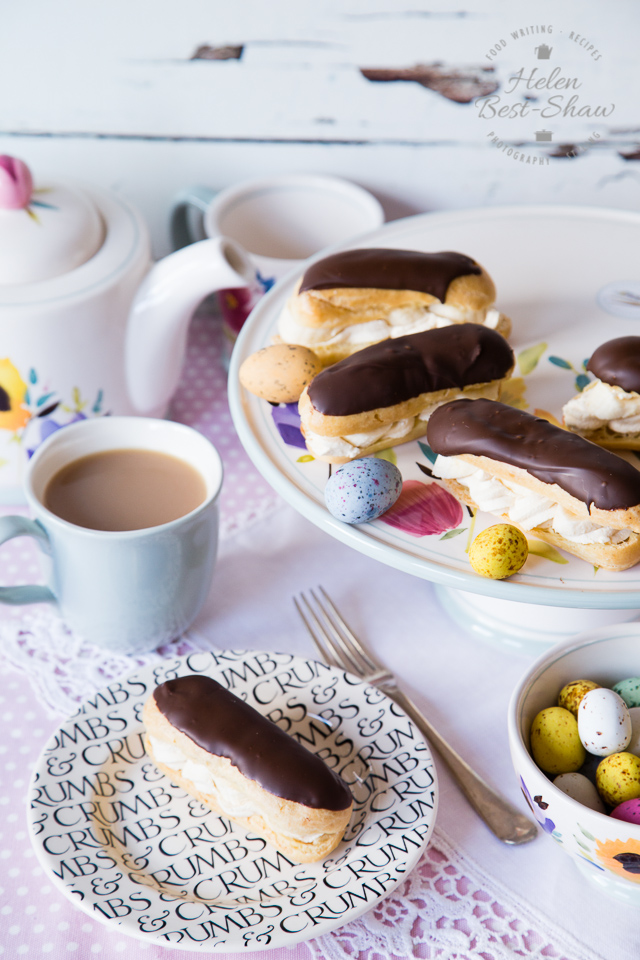 Bluebellgrey spring floral cake stand, teapot, mugs and bowl £48 – £7, from John Lewis.  Get your free copy of the John Lewis Cook Edition in store, or from the app store.