The food of Rome is undeniably some of the best in the World. Join me on a culinary tour of this amazing city! 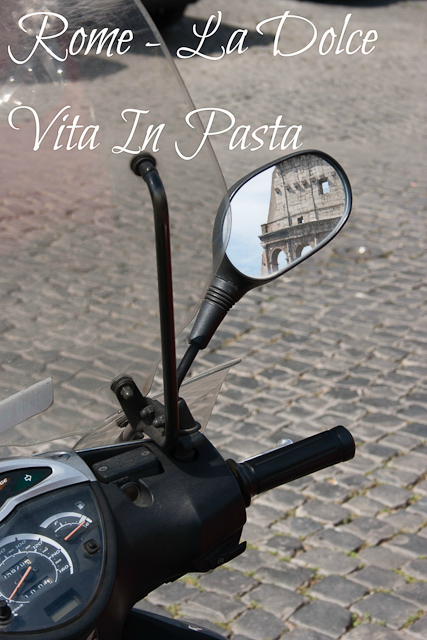 Moving on from Venice, and the hills and towns of Tuscany  and Cirio’s fields of tomatoes and chickpeas, we came to Rome, the eternal city and one time ruler of the world. 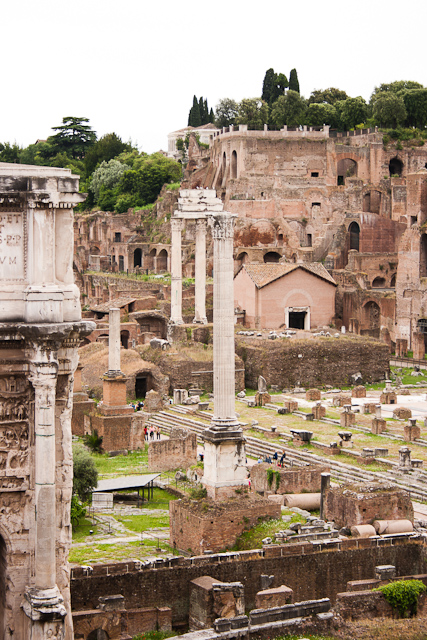 The old Roman city was build on a grandiose scale, lavish and designed to impress, and last forever, as Romans believed the empire would also last. 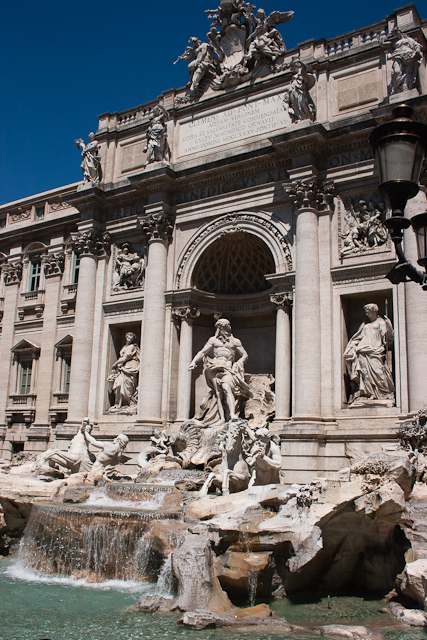 We tossed a coin into the beautiful Trevi fountain and made our wish, traditionally you wish to return to Rome, I am not revealing what I wished for – as to do so might jinx it. 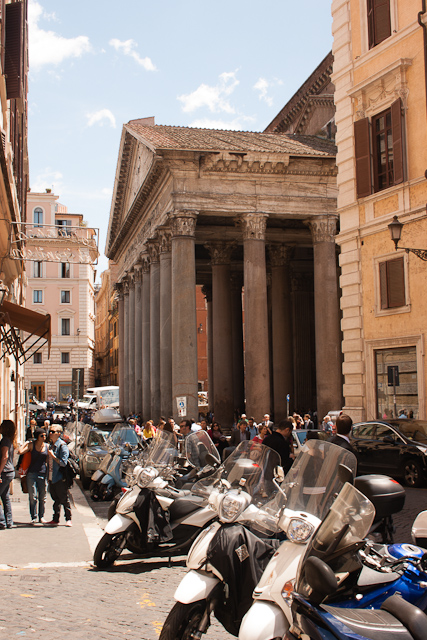 Mopeds in the shadow of the Pantheon

What I love about Rome is the mix of ancient, old and modern day life.   The Romans whizz around the narrow streets of the city on mopeds which is a fantastic juxtaposition of old and new. 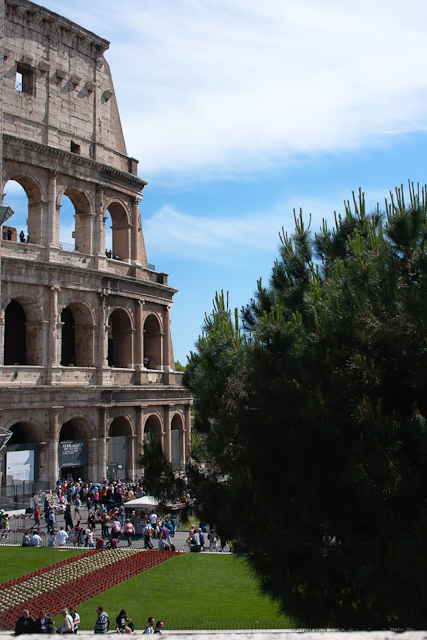 The Colosseum is perhaps the most iconic symbol of ancient Rome, and is almost unimaginably huge. It held between 50,000 – 80,000 people – the same capacity as the London Olympic Stadium – impressive indeed! 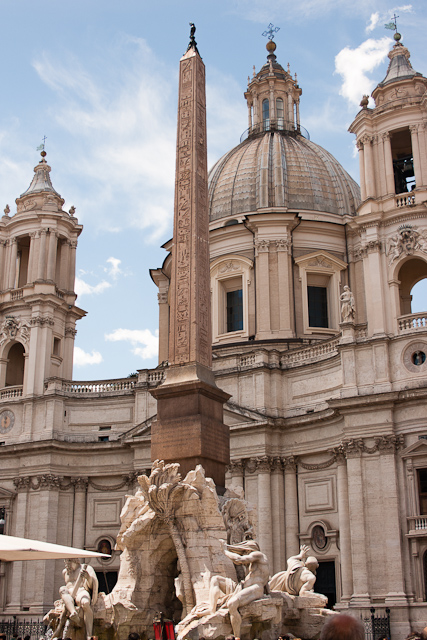 Fountain in the Piazza Navona

The Food of Rome

But we were here for the food, we quenched our thirst with freshly squeezed pomegranate juice bought in the market at the Campo dei Fiori, simple, fresh and delicious. 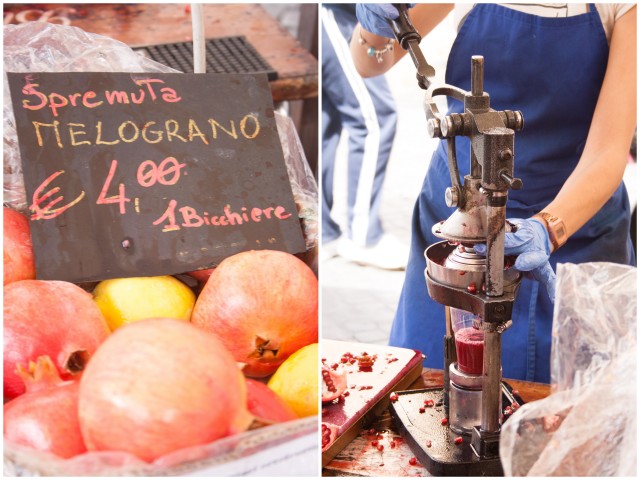 The market was busy with Italians shopping for their food, real people buying their everyday food.  Simple fresh ingredients, selected with care and attention to quality.   What struck me were the conversations about the food and the fact that people seem to care far more then they do in the UK. 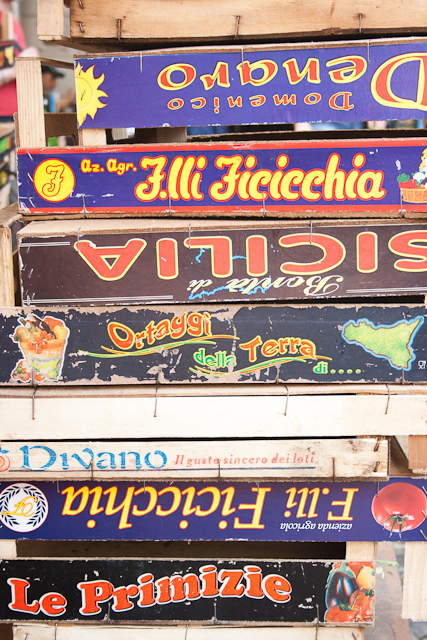 In such a tourist filled city it can be hard to find a good place to eat, for lunch on our first day were visited a pizzeria on  Via Antonio Rosmini and ate a traditional Italian pizza, a simple margherita, a medium base with a rich, sweet and thick tomato sauce, mozzarella and a few basil leaves.   The pizza was thinner than the pizzas of Tuscany, but thicker than the ones to come in Naples. 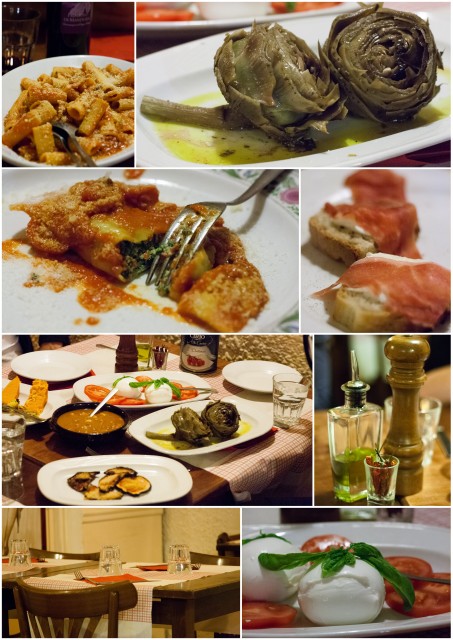 Our dinner in Rome was perhaps my favourite of the trip, proving once again that all you need for amazing food are a few simply ingredients cooked with care.    The family owned Osteria dal 1931 is certainly doing something right as they have been in business since 1931, black and white photos of the owner’s mother hang on the wall, cans of Cirio tomatoes used in the kitchen are proudly displayed on the bar.

The food was simple, and we ate until we were full.

Typical of Rome are the Carciofi alla romana, artichokes cooked in a pan with mint, lemon and oil – delicious and bursting with flavour.  A bowl of frugal Fagioli all’uccelletto, beans with tomatoes sauce and onion, was bursting with flavour with no need for the heavy seasoning so prevalent in the UK.  We also feasted on buffalo mozzerella and slices of sweet fresh tomato; Frittata al pomodoro an Italian type of omelette not dissimilar to a frittata.

Again the sauces were rich and fully flavoured, and less was needed than we might have in the UK.  Pasta all’amatriciana – pasta with a bacon and tomato sauce was amongst the best dishes I have eaten – rich and sweet with just the right amount of heat from the chilli.     Ravioli ricotta e spinaci al sugo – ravioli filled with ricotta cheese and spinach topped with tomato sauce with garlic, nicely but not overly seasoned.

Heading to Rome and need a full guide? Then check out this link here. 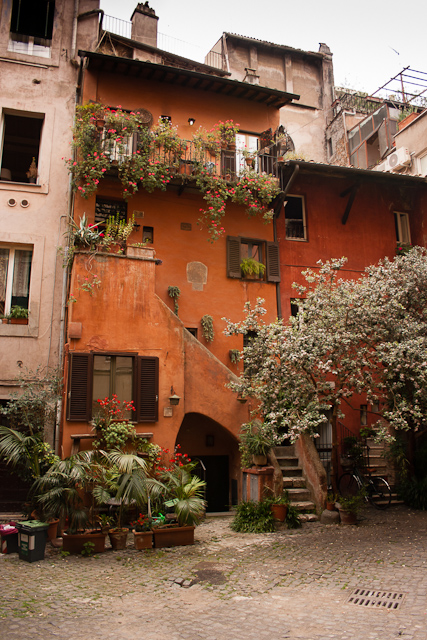 Fuss Free Flavours was commissioned by Cirio to travel to Italy on a journey to discover the #TrueItalian food.  All opinions are my own.