You are here: Home / Travel / Food Origins and Stories / Naples – The Origin of Pizza 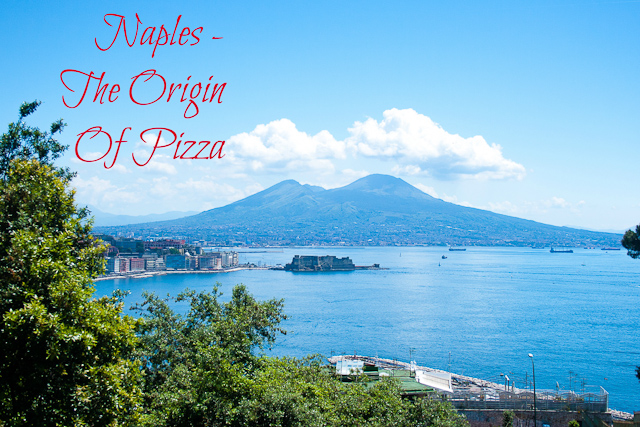 As my #TrueItalian journey reached its end in Naples, we had also reached the beginning, the birthplace of Cirio in 1856. Considering that nearly 160 years have gone by the view from Ciro’s original advertising has not really changed that much, granted their tomatoes grow in other areas of Italy, and Vesuvius no longer emits a plume of smoke. 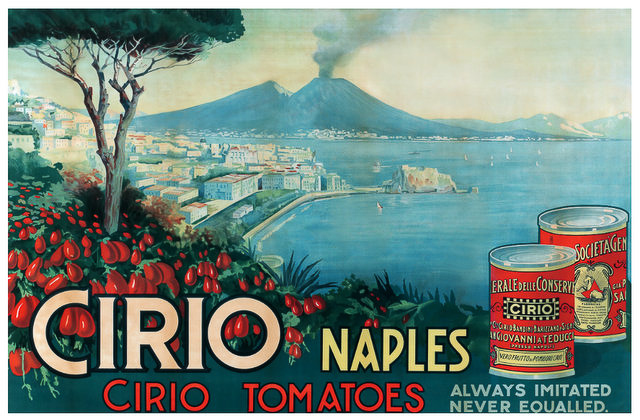 You either love or hate Naples, this really is the south of Italy, the town is busy, crowded, verging on the chaotic.  The people are the same, influenced unpredictable character Vesuvius. Of course we were here for the food, which in Naples could only mean a simple pizza prepared with a sauce made with Cirio tinned tomatoes. 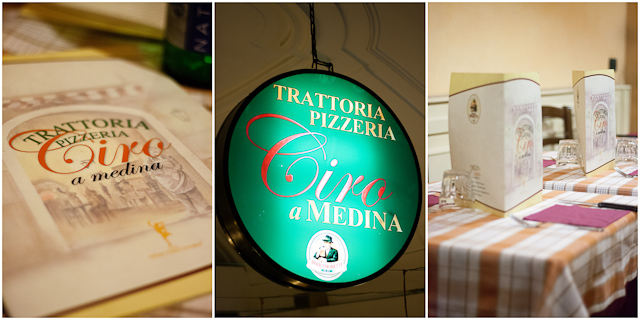 Pizza at Ciro a Medina

On a Saturday evening the restaurant was packed with people – couples, parties and families with small children (which back home would have been sent to bed long before).  It was busy and loud with conversation, shouting and laughter. 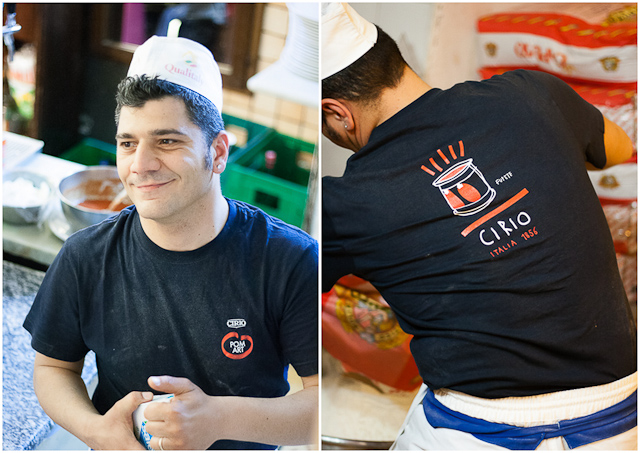 The main item on the menu was pizza, prepared by the pizzaiolo, who as well as shaping the dough, adding the tomato and other toppings, transferring the pizzas to the wood burning oven was also responsible for making the dough – pouring large sacks of flour into a huge mixer. 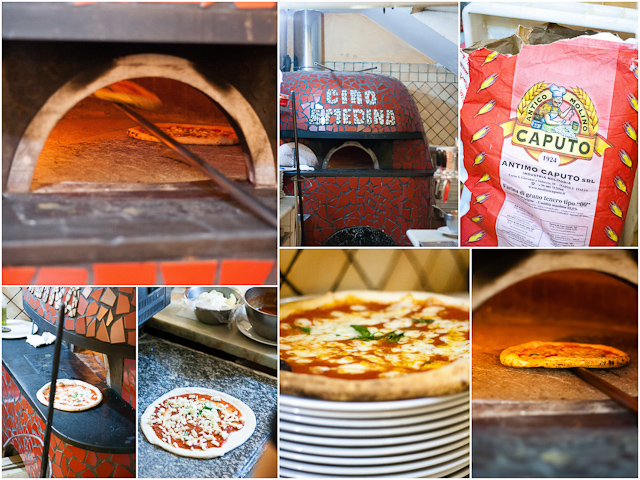 The pizzas were simple without the plethora of toppings that we are used to in the UK, a Margherita was covered with rich, deeply flavoured tomato sauce from Cirio tomatoes, a handful of mozzarella and a few basil leaves.  There was noticeably less salt, British pizza often has me gulping water, and waking in the night from thirst.   We also learnt that the name of pizzas varies throughout Italy and really only the Margherita or the Romana would be recognised everywhere else in the country. 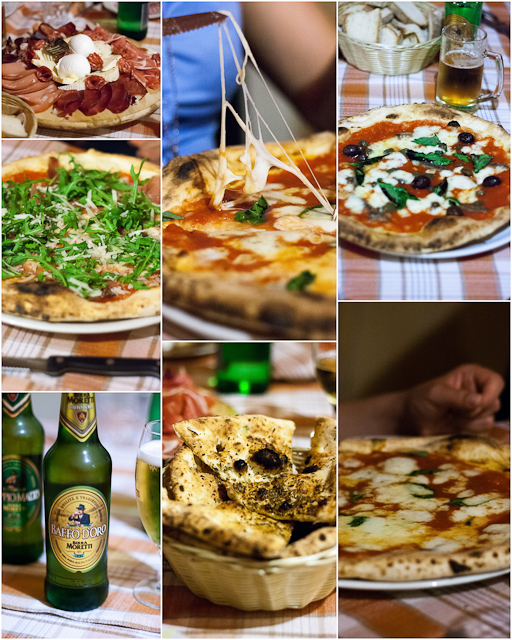 The bases were thin and crisp, slightly blackened, but not burnt from the bottom of the oven.   Prices were keen, the simple Margherita only cost a few Euros.   Washed down with beer from Moretti we had first drunk in Pisa, it was a perfect meal, and an excellent end to our journey of discovery.

Fuss Free Flavours was commissioned by Cirio to travel to Italy on a journey to discover the #TrueItalian food.  All opinions are my own.