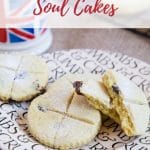 Marking All Souls’ Day – 2nd November – with these delicious traditional spiced soul cakes will become an annual tradition. Enjoy a little-known British treat with this simple and easy soul cake recipe. This post includes an easy to follow step by step tutorial and video. 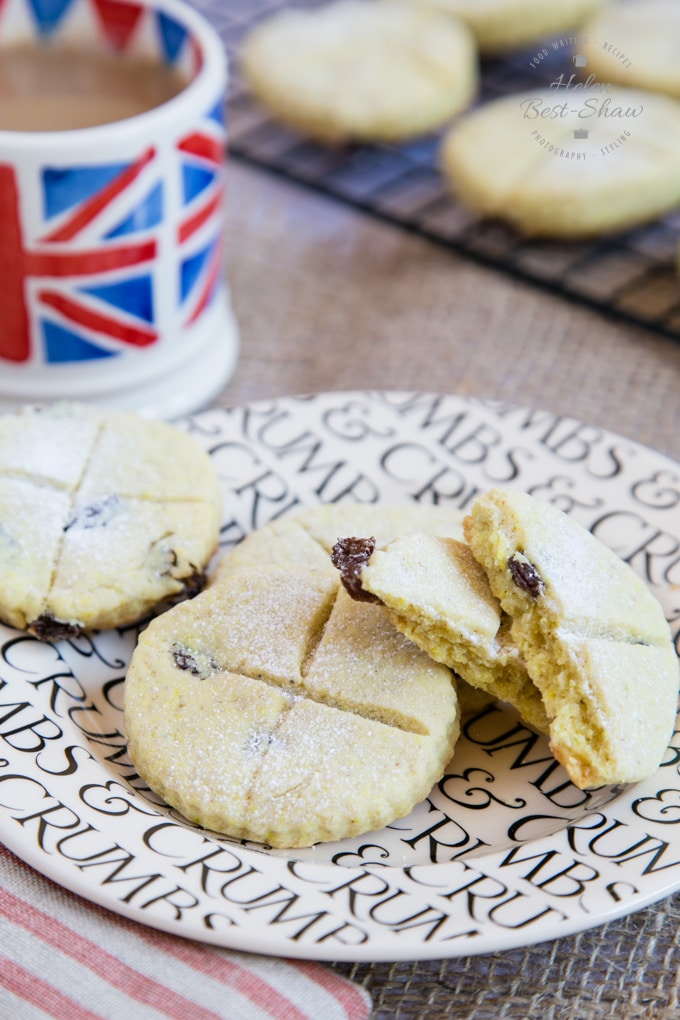 What are Soul Cakes?

Soul Cakes are small round spiced cakes, made for All Soul’s Day to celebrate and commemorate the dead. Traditionally, soul cakes would be given out to children and the poor who would go from door to door, begging for alms or “Souling”, on All Soul’s Day. Every cake eaten would represent a soul freed from Purgatory. The giving and receiving of soul cakes started in the Middle Ages and is widely seen as the origin of trick or treating.

You can also bake these biscuits to mark Samhain, the pagan festival to mark the end of the harvest and the start of the winter, at the point midway between the solstice and the equinox. Or just bake them to enjoy as the tasty biscuits that they are. 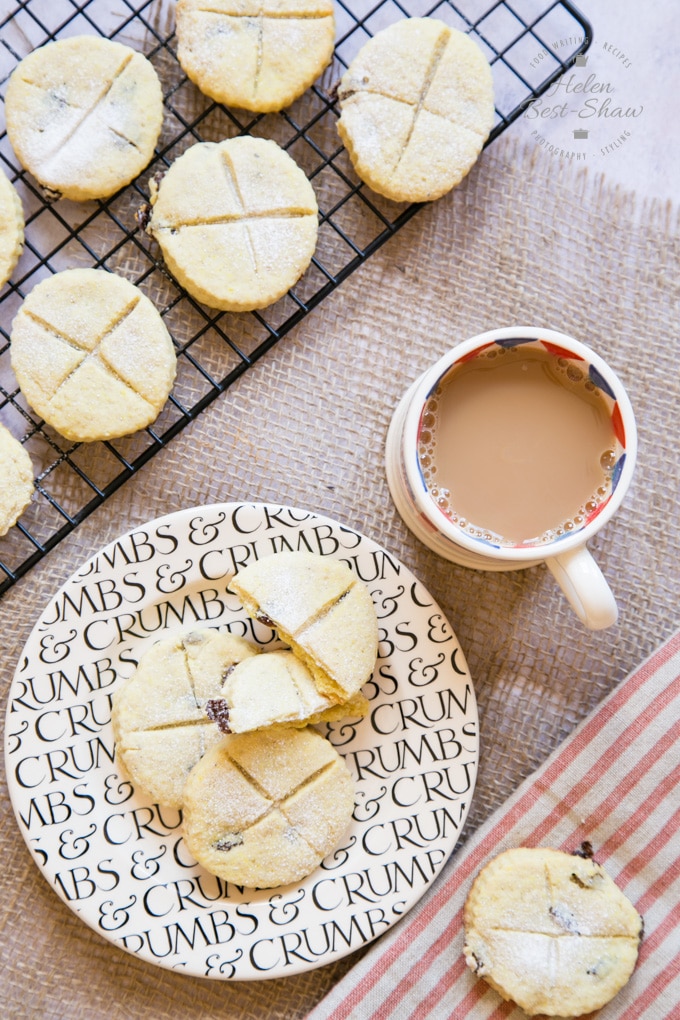 This is an especially confusing British English vs American one. What I call a biscuit is an American cookie, BUT here in the UK we also call some, but not all, biscuits cookies – plain biscuits are called biscuits, but a soft chocolate chip biscuit would be called a cookie.

A British scone (pronounced to rhyme either with GONE or BONE – I say the first but both sides will argue they are right) is similar to an American biscuit. 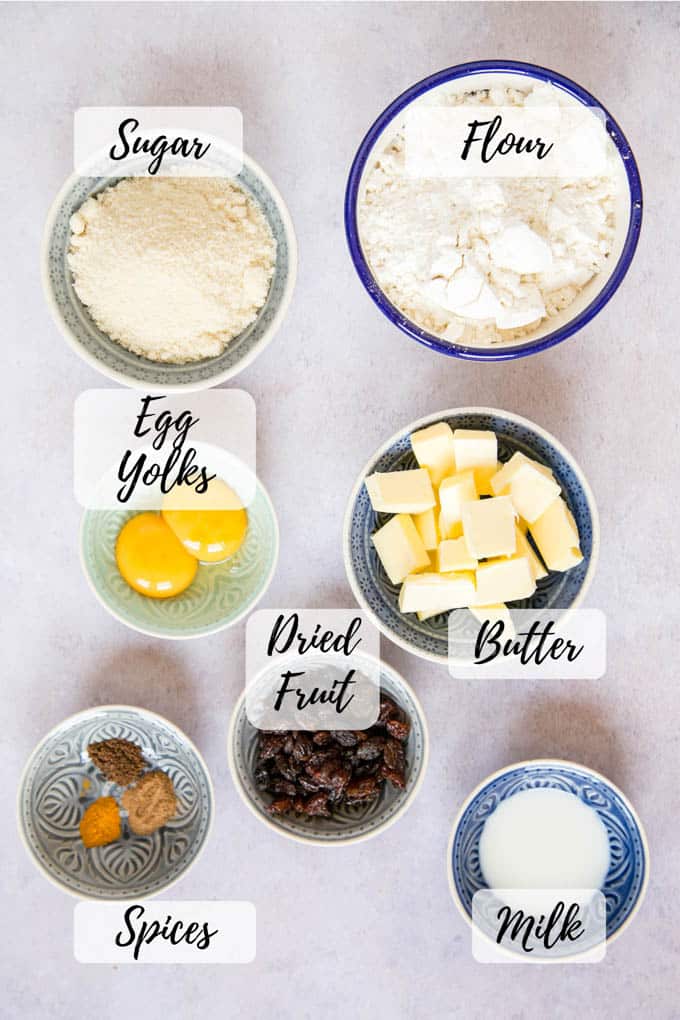 Here is what you need to make soul cakes

How to Make Soul Cakes – Step by Step 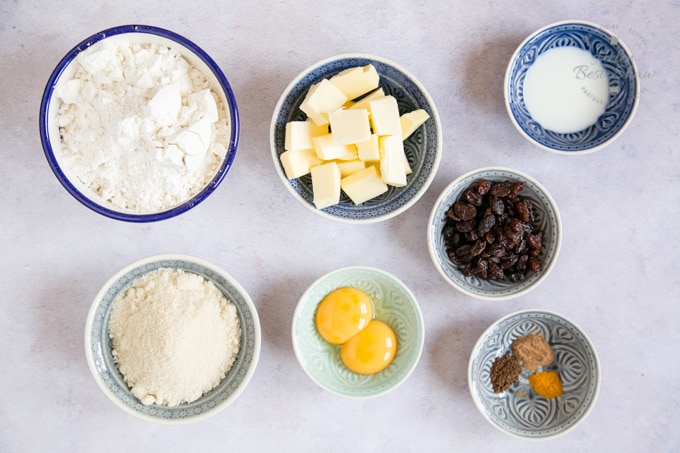 Step one – Gather your ingredients so you are ready to bake your soul cakes. If needed cut the butter into cubes to allow it to soften. 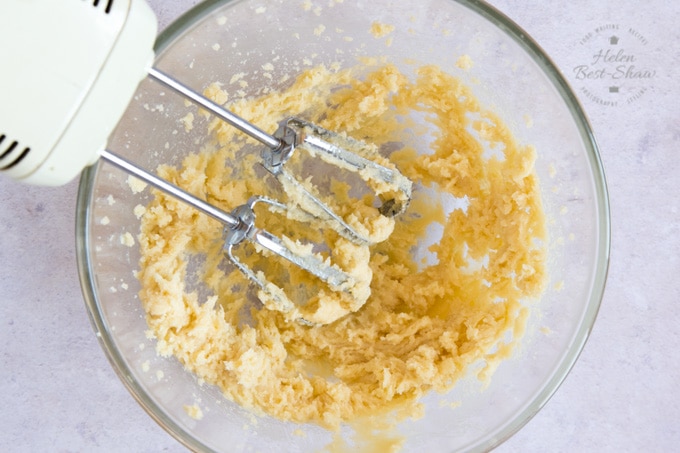 Step two – Use an electric mixer and cream the butter and sugar together until smooth, pale and fluffy. The softer your butter is the quicker this will be. Don’t be prepared to skimp on this stage. You will know when you are there as the texture and colour of the mixture will suddenly change from thick and yellow to pale and fluffy.

I find that a hand mixer is far more effective than a stand mixer, unless you are making a double or triple batch. 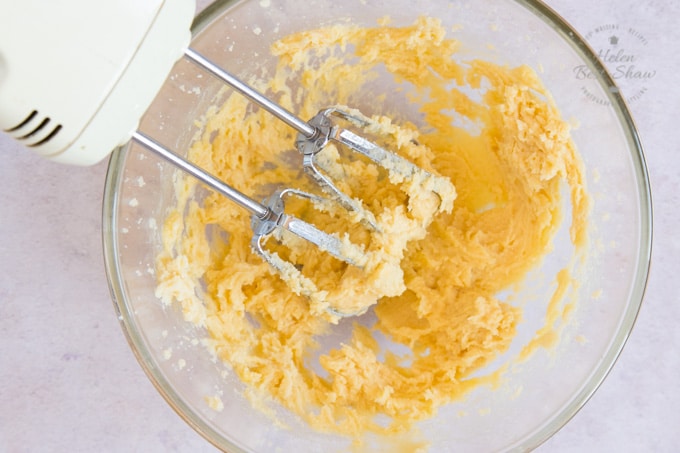 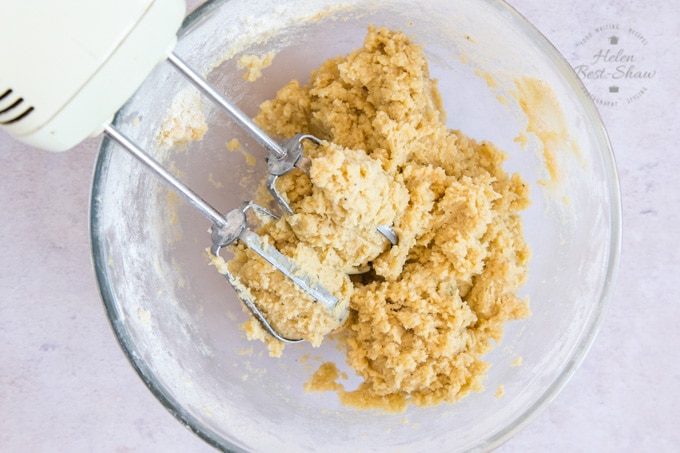 Step four – Mix in the flour and spices. Then add some milk to bring it all together into a dough.

Step five – Stir in the raisins or currants. I find this is easier to do with a wooden spoon. Better still, get your hands in and squidge it all together. 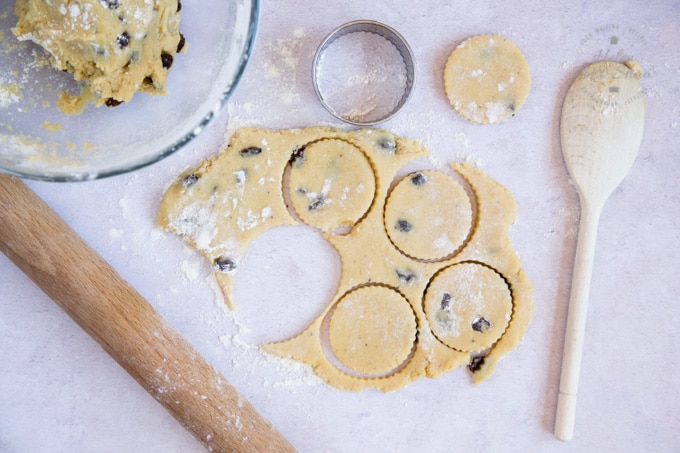 Step six – Dust your worktop and rolling pin with some flour and cut out the cakes with a 5 cm / 2″ cookie cutter. The edges will look a little rustic if you cut through a raisin – don’t worry about it!

I’ve always been told that you should use a straight sided cutter for savoury food and dishes, and a fluted one for sweet, hence using a fluted one for these soul cakes. But use whatever you have! 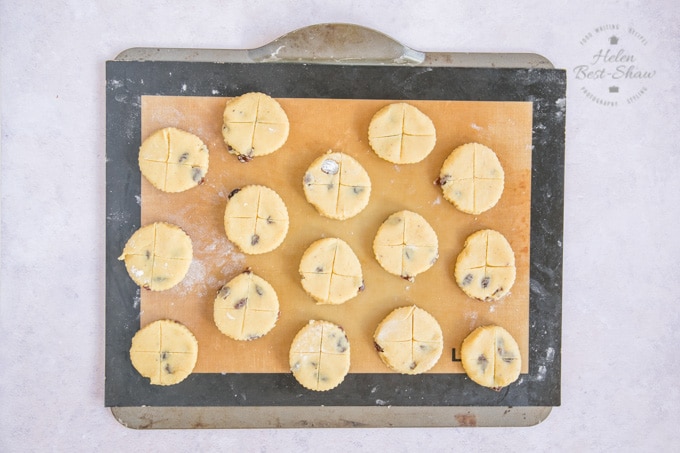 Step seven – Using a pallet knife or dough scraper, transfer the soul cakes to a baking tray covered with a sheet of baking parchment or silicon. Use a sharp knife and cut a cross into the top of each cake and bake for about 15 minutes until puffed and golden. 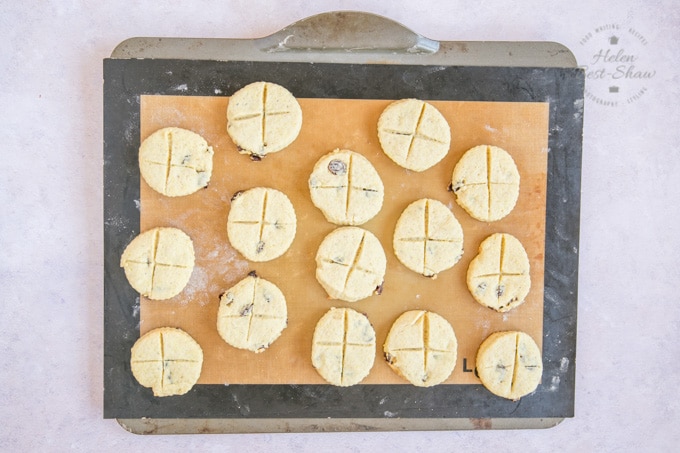 What is in Mixed Spice?

Firstly mixed spice and allspice are NOT the same thing.  Allspice is a pepper from the Jamaican bayberry tree. The flavour is similar to a mix of cloves, cinnamon and nutmeg, with a bit of heat, hence the name.

For another traditional British bake, try my Dorset Apple cake.

I first heard of Soul Cakes when I listened to Sting’s concert of his If On a Winter’s Night album from Durham Cathedral. I went to Durham University and quite literally lived in the the shadow of the Cathedral for 3 years. The album consists of traditional English folk songs, carols and poems set to music. He is accompanied by talented musicians, playing traditional British instruments, including the Northumbrian pipes, melodion and metal strung Scottish harp. 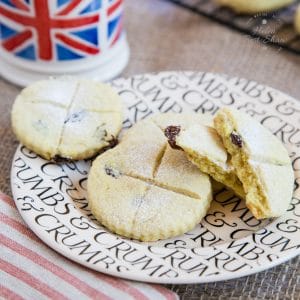 These traditional English soul cakes are a cross between a scone and a biscuit - lightly spiced and filled with currants or raisins were traditionally made for All Souls' Day on the 2nd November.
Servings: 18 Cakes
Author: Helen Best-Shaw
Prep Time10 mins
Cook Time25 mins
Total Time35 mins
Prevent your screen from going dark