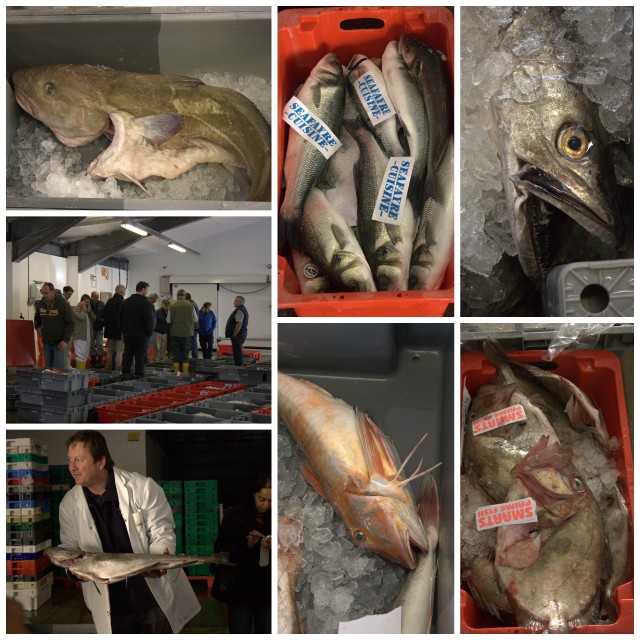 The first trip of our recent Food Travel Company’s seafood safari weekend was a trip to the Newlyn wholesale fish market. This did require getting up outrageously early, and being on the road, blearly eyed, in order to arrive when the market was in full swing. Being a fish trader isn’t a job for night-owls, it seems.

As the market went on around us, we had a quick test of fish recognition skills (sadly lacking in my case), but what was really obvious was the quality of the fish around us. To those of us living in London we can only dream about getting hold of fish that looked this amazingly fresh, which showed the advantage of day boats and the smaller boats compared to the largest offshore fishing boats that go out for a couple of weeks at a time. 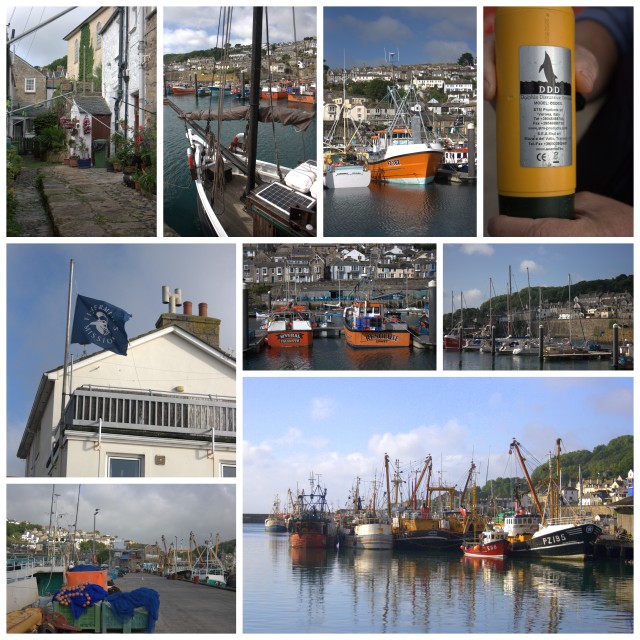 Then it was a tour around the harbour, looking at various types of boat. My favourite was the old sailing lugger – no longer used as a commercial fishing boat – which had been recently restored, but then as an (ultra)-keen sailor, it would have to be the boat that took my eye. We saw the ways in which the boats are outfitted in order to preserve the quality of the fish as they’re landed, with different boat which focus on different species using different equipment; such as ice fish boxes which into which the fish are directly placed, with the boxes themselves then being unloaded directly, minimising the handling the fish receive.

It is a world where there is ongoing experimentation and change. One boat had been equipped with ultra-long rods for albacore tuna fishing far out in the Western Approaches, but unfortunately, the venture hadn’t paid. Interesting that they had tried, though.

We were impressed by the dolphin pingers. These are attached to nets and emit sound pings, which scares the dolphins and other porpoises and whales away from the nets. Whilst they were prohibitively expensive when they first came out, the price has now fallen to a much more reasonable level.

The main thing we took away from the trip was how keen the fishermen themselves are on fishing in a sustainable way, and how using fishing techniques which target a single species enable the fishermen to minimise their by-catch and discard – terms much publicised by the recent campaigns by Hugh F-W et al. The fishermen obviously want the fishery to survive, but people want to buy and eat fish, so there is a delicate balance that has to be struck between allowing exploitation of a fishery and overfishing.

Fuss Free Flavours was the guest of the Food Travel Company.