You are here: Home / Recipes / Recipes by Cuisine / Spanish / How to Make Perfect Paella (and La Tasca) 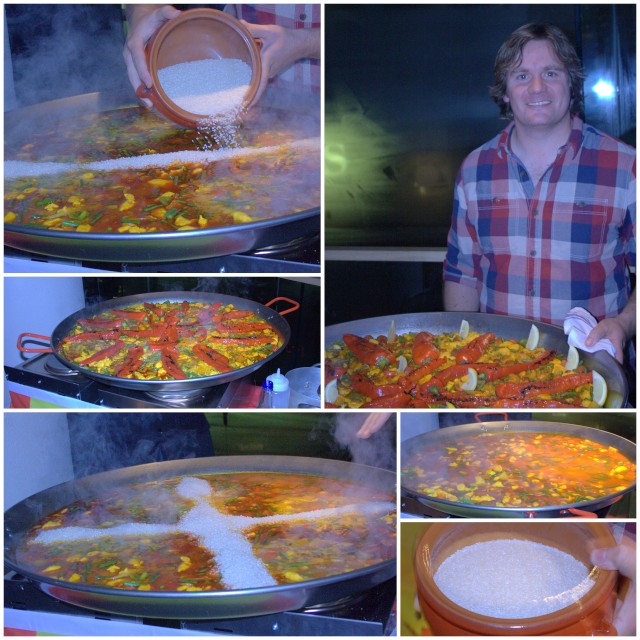 Paella seems to be one of those dishes that arouses the passions, and inflame the arguments. Is seafood allowed? Are snails and water voles essential? What’s the view on rabbit? What goes into an authentic sofrito? I have to admit that I was unaware of the intricacies and subtleties of paella, but my eyes were opened at a masterclass held at La Tasca’s Victoria branch, conducted by the company’s executive chef, Antonio Benetto.

The things that struck me were first, what an excellent party dish paella makes; if you have a large enough pan, you can make paella for pretty much any number of people. Secondly, the universal refrain about high quality ingredients holds equally true for paella.

Antonio took us through the stages – cooking the sofrito (chopped onions and peppers), then the chicken and chorizo before adding the stock and seasoning (including the saffron), then the rice is added in a cross and then spread evenly across the pan, and all is cooked on a lightly rolling boil before simmering, and is finally left to rest for a while before serving.

While we were waiting for Antonio’s giant pan of ricey goodness to be ready, we sampled items from La Trasca’s new menu including an unctuous slow cooked pork cheek, served with mash, chicken croquetas, huevos cabreaos (aka egg and chips), and (at the less spanish end of the menu) a not-bad-at-all mini burger, which has the advantage of a patty made on site, so that it can be cooked to order.

The paella itself was so good that I had to give it a go myself; I fried an onion, added the seafood and then the stock seasoning and pimienta – I used three cups of liquid to one cup of rice, bringing to a rolling boil for a few minutes before simmering gently until done – about 20 minutes.The type of rice is important – like risotto, a short grain variety is preferred; Bomba or Calasparra, both Spanish varieties. Then 10 minutes resting, and we tucked in. 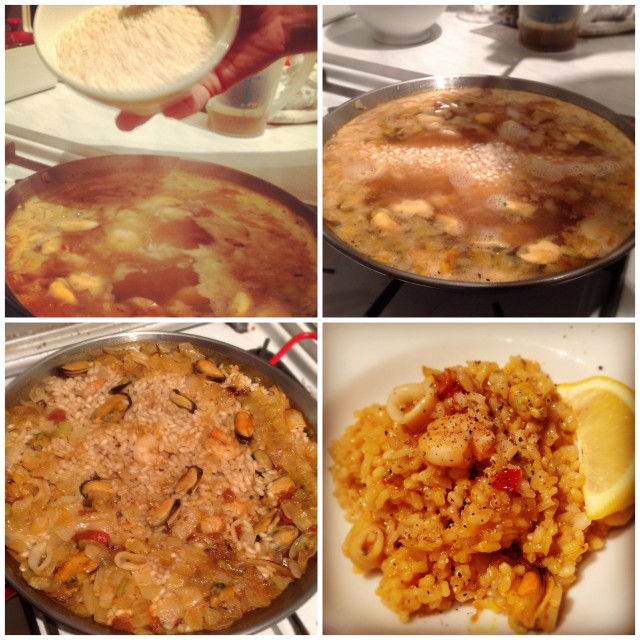 Results were OK. I think more practice is needed, and a bolder hand with the pimienta. Not up to Antonio’s standard, but not a bad try. And given the ease – no stirring allowed! – of making paella, nailing down my technique promises many tasty meals to come.

Fuss Free Flavours was the guest of La Tasca; many thanks for a wonderful time making paella.