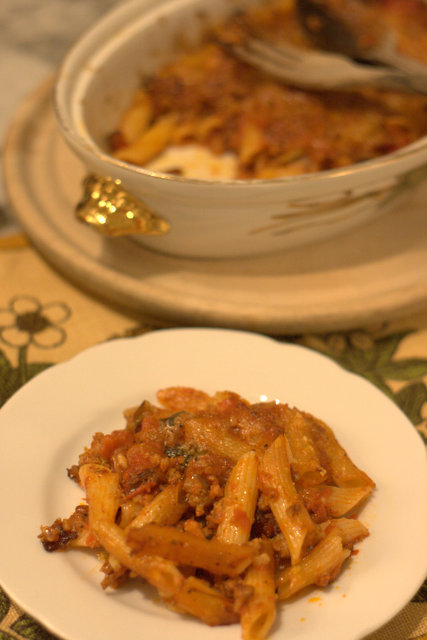 Texture. It is a funny word, and one perhaps somewhat overlooked in Western cuisine? To me it seems that the word itself has texture, with the spikes of the “x” to the curves of the “e”.

I had not really thought about texture in food and how it affected my likes and dislikes, until I read Fuchsia Dunlop’s “Shark’s Fin and Sichuan Pepper” where she explained the Chinese approach to, and appreciation of texture in food.  The Chinese have many words to describe food texture; it is as much part of a good meal as the flavours, from the crunch of cartilage to the rather tasteless jellyfish or pig ears which are  served purely for their texture rather than flavour.

I realise that I struggle with certain textures, I certainly like wet food and am known for asking for extra sauce or gravy, I also like crunchy food (do we feel a Harry Hill fight coming on here?).  What I really do not like is slimy food, and sausage casseroles are something which I struggle with – something to do with the texture of the soft skins having been cooked in sauce.  (Similarly I really really cannot abide Chinese egg drop soup – the mere thought of those slimy strands of egg floating in liquid turns my stomach.)

Similarly lots of clothes irritate me, and I am far far more comfortable with fine bed linens, cheaper cottons can feel rough to me, even if Ed does not notice as much.  I cannot abide most synthetic smells, laundry detergent is one of the worse offenders, and for the majority of the time I use either eco-balls or laundry gloop made with unscented soap.   I also dislike the smell of spray deodorant, Ed is banished to the bathroom to use his, and despite firmly closed doors between me and him, I can almost taste it within a few seconds of its use.

Good quality sausage meat is delicious, and by skinning your sausages a little goes a long way without seeming to be mean.  Two sausages from Pipers Farm found in the depths of my freezer, did very well as the basis for two meals; in sauce for a pasta bake, and as a quick midweek supper of Sloppy Joes.  Add which ever vegetables you have to hand; peppers, mushrooms, carrots and sweetcorn all work well.

If you try this Sausage Meat Pasta Sauce Ragu please tag #FussFreeFlavours on Instagram or Twitter. It is amazing for me when for me when you make one of my recipes and I really do love to see them. You can also share it on my Facebook page. Please pin this recipe to Pinterest too! Thanks for reading Fuss Free Flavours!
5 from 1 vote 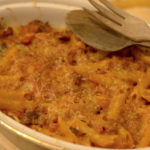 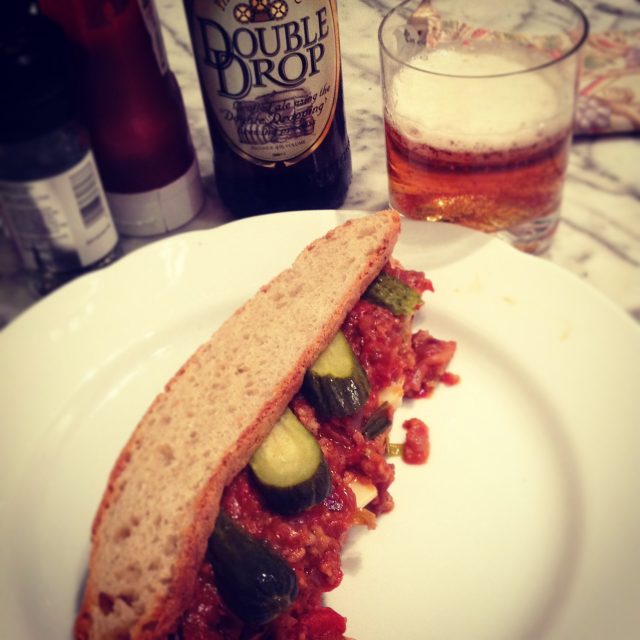 Now there was a reason for my texture and fragrance preamble: With my small kitchen I am reliant on my dishwasher, I regularly say it is my favourite kitchen appliance; there is really no space to stack dirty dishes, and the draining board is too small for washing up by hand.

I was recently asked by Finish to test some of their new Quantum tablets, and to attend a bloggers’ cooking day, to chat with them about how I found their products and to be filmed and to possibly provide some sound bites for their new commercials.

Our cooking day was great fun, held at a huge location house in Putney (my new business plan is to obtain a huge mortgage, buy a large house and let it for similar events for a vast fee).    I won’t talk too much about the day, I am sure it will appear on a number of other blogs, (Claire’s account is excellent). Under the guidance of Florence Knight we made and enjoyed burrata with blood oranges and a herb oil, octopus – delicious but it was a major texture problem for me (Ed is verging on phobic about octopi and would freak if I bought a massive one home to cook) , meatballs in a herby tomato sauce – these were OK but did not really excite me, and tiramisu which after the massive amount of burrata was far far too much dairy for my (admittedly slightly hungover) tummy.

Dishwasher tablets are one of those things that generally you only really think about or notice when they do not work very well, you unload the dishwasher and curse at the number of dishes that you need to rewash by hand.   Having been asked to think about the new Finish Quantum tablets I paid closer attention when unloading the dishwasher, and everything did actually come out clean, including the dish for the pasta bake which ordinarily I would have had to rewash by hand to get rid of the last bits of encrusted sauce. My main observations are: 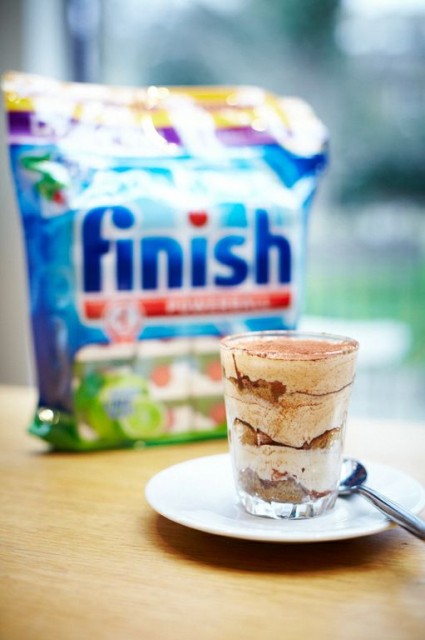 Image by Charlotte Tolhurst for Finish

Disclosure: I was paid a fee to take part in the Finish bloggers day and to be filmed and was also given several packets of Quantum dishwasher tablets. I was not required to write a positive review and ll opinions are my own.