You are here: Home / Travel / Spitbank Fort – a luxurious private retreat in the middle of The Solent

A Napoleonic fort turned luxury private island hotel within easy reach of London. Adventure awaits on this little known piece of British history – ideal for those looking for something a little different. 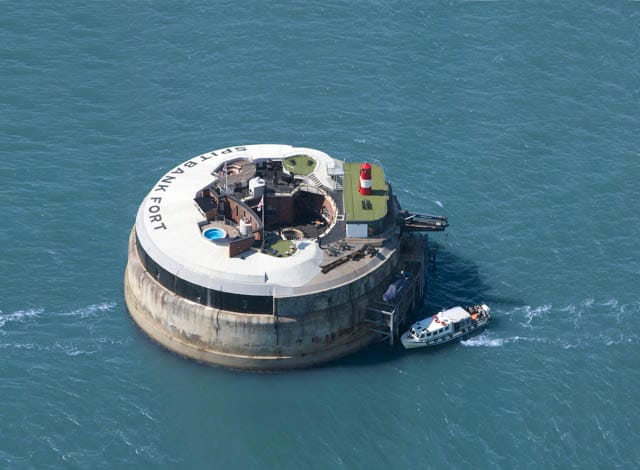 The British coast has been shaped by our Naval and seafaring past, especially the area around the Solent with Southampton docks, and Portsmouth Naval Base and historic dockyard.  Construction started on the four Solent Forts in 1860; in response to the 1860 Commission’s concerns about the strength of the French Navy, by the time they were finished in the 1870s the threat had long since passed, and they became known as the Palmerston Follies, after Lord Palmerson, the prime minister at the time who commissioned them. 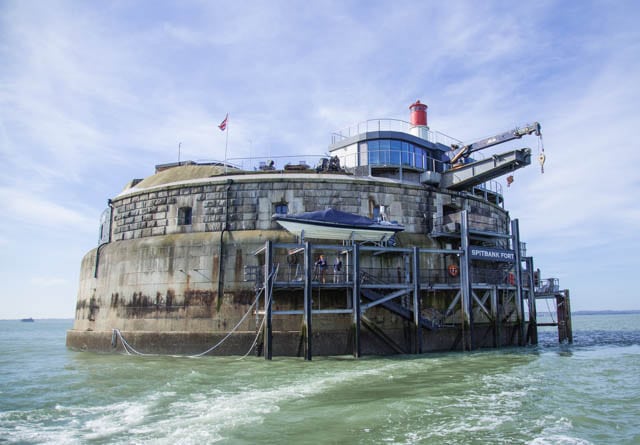 Spitbank Fort is the smallest and closest to the mainland, and sits about a mile offshore, close to the site where the Mary Rose sank in 1545.  Decommissioned and sold by the Ministry of Defence in 1982 the fort has been a private home, a rave venue before being finally acquired by Amazing Venues and restored to a luxury hotel.  When visiting it is easy to see why Spitbank has been featured in numerous guides to quirky, hip and top hotels recently. 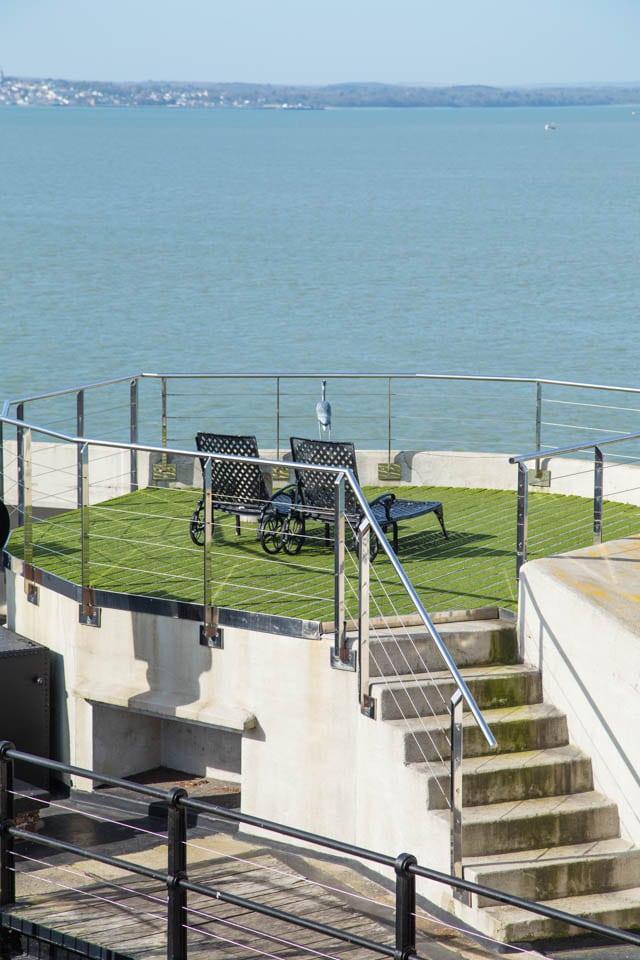 With panoramic views of the mainland, Isle of Wight and with a constant stream of boats, ships and ferries passing by it is the ideal spot to sit and watch the world go by at  sea, whilst sipping a glass of champagne. 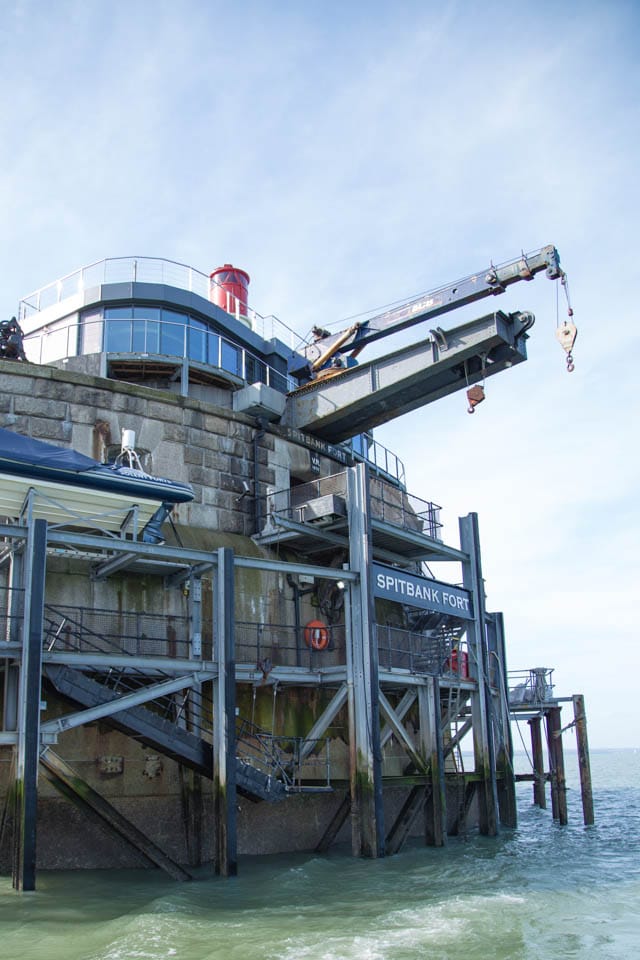 Your arrival at the fort is via private boat – simply check in and leave your bag at Solent Forts office, a 5 minute walk through Gunwharf Quay from Portsmouth Harbour station, pop back and do some last minute shopping before meeting the rest of your party on the landing stage.   The fort is a speedy 10 minute journey, out of Portsmouth Harbour and across The Solent.   Access is via a metal framework bolted onto the outside of the fort, with stairs that rise and fall with the tide.  After the voyage, and bracing sea air, it was time for the first of many glasses of fizz – at the Solent Forts the champagne flows readily. 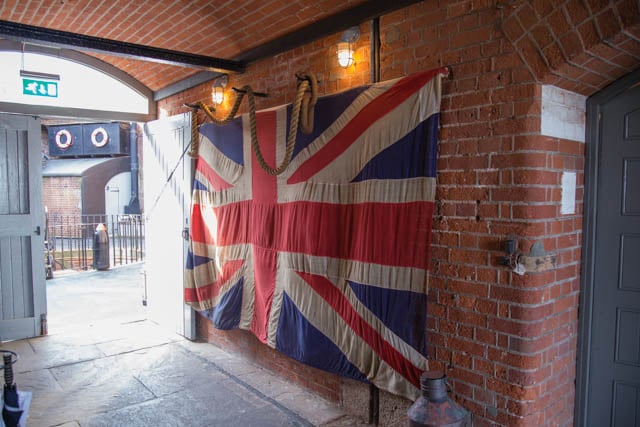 Spitbank has been restored to preserve its character and history, there is something to see and learn at every turn – from the metal tracks to guide the wheels of the guns on the floor of the bar, to the hooks hanging from every ceiling to hold the hammocks the men posted there slept in.   Luxurious now, things were not such fun in the late 19th century  – conditions were so miserable and Spitbank was such a hated place to be stationed care was taken to only select men who could not swim, so there was no danger of them diving into the water and making a break for the mainland. 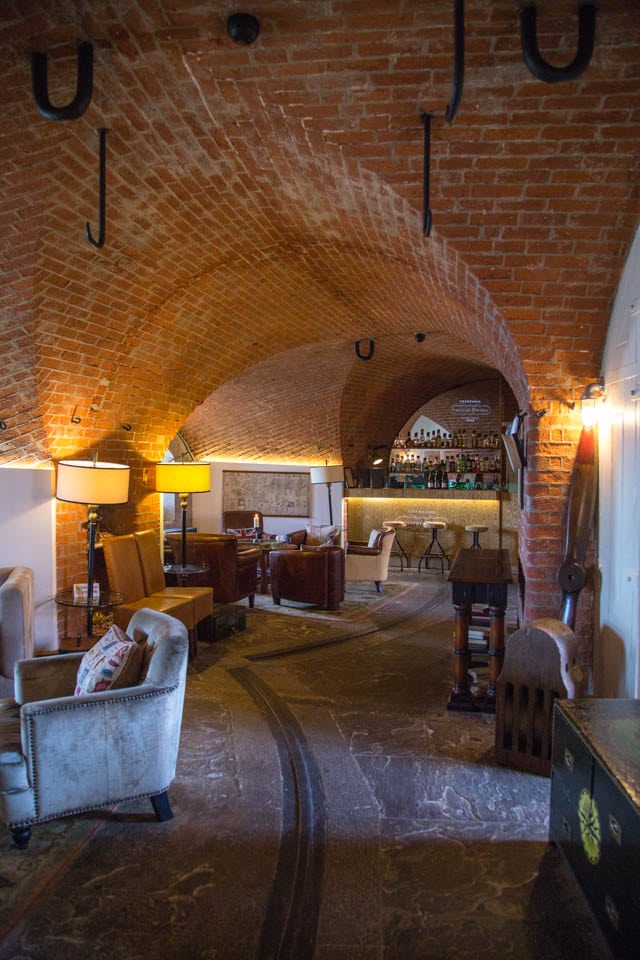 There is plenty of space to get away from everyone else too, with comfortably furnished nooks and crannies to sit and read or to catch up with people.  I thought that the fort would be ideal for a family reunion or for an amazing murder mystery event, there is the feel of a house party about it, you could easily go for breakfast in your dressing gown, and with so few people there is no need to lock your room – it is like staying in a private home. 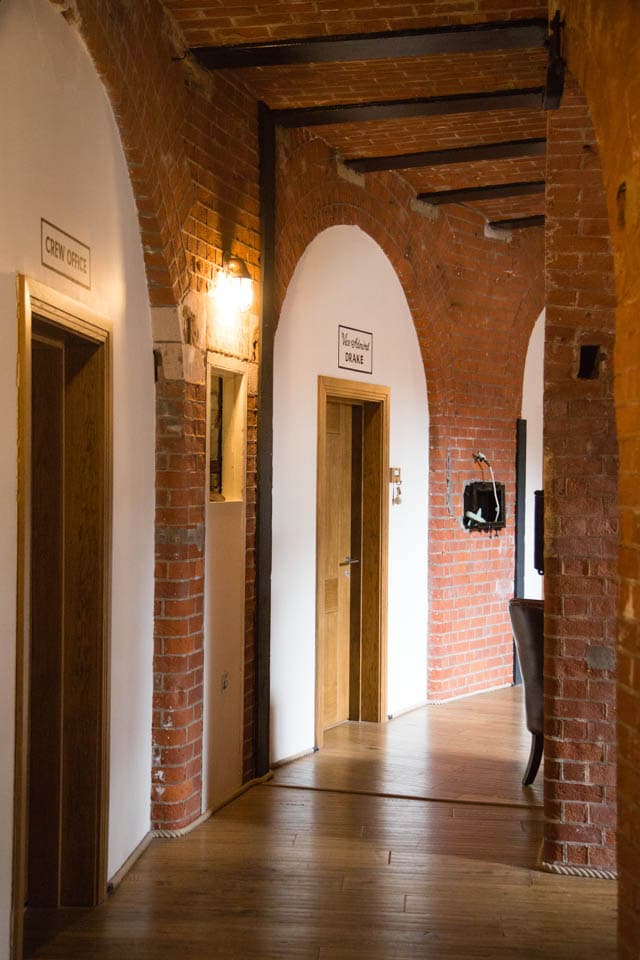 The 8 large, comfortable and individually decorated bedrooms are arranged facing away from the mainland and towards the Island.   With the window open the lapping of the waves against the side of the fort, bells on the channel buoys and squawking of the seagulls will lull you into a deep sleep.  Again signs of the fort’s past are with you at every turn – my room contained the old lift for shells for the guns, bought up from the floor below. 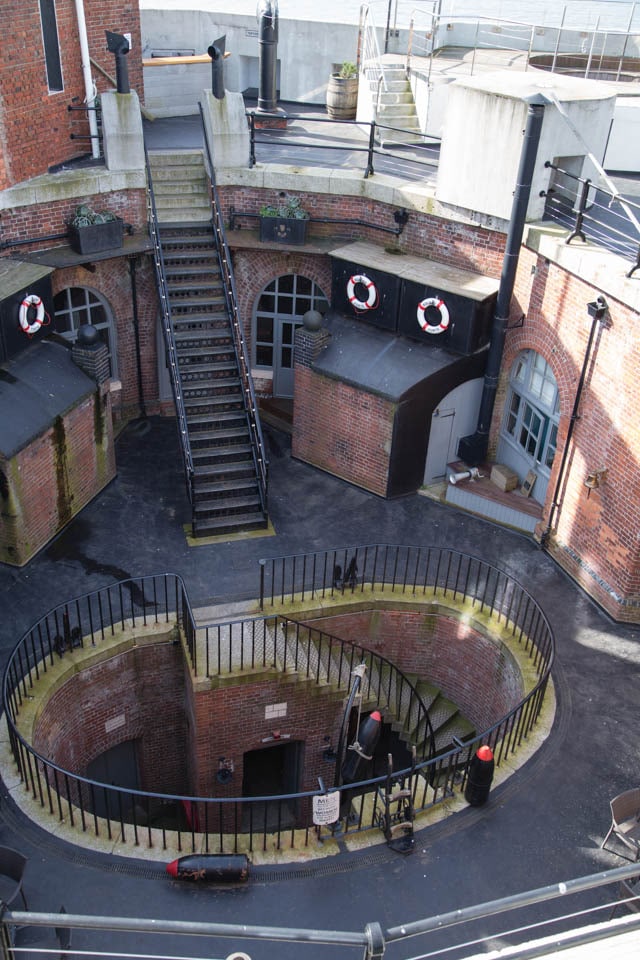 Beneath the bedrooms on the main floor there is a rabbit warren of rooms, including the old cook house, wine tasting room, television and games room.  Our tour from manager,  Dominic, was witty and informative and his obvious passion for the fort bought the history to life.   Apparently the fort has a resident ghost too.

Food is truly excellent and impeccable presented, the fort was recently featured on Michel Roux Jr’s Hidden Restaurants on Channel 4 – as good as endorsement as you can receive really.   The menu focusses on seasonal and local produce from the Island and farmers based in the New Forest across the water.  The fort has no mains electricty and is powered by a diesel generator, creating a charming gentle flickering of the lights. 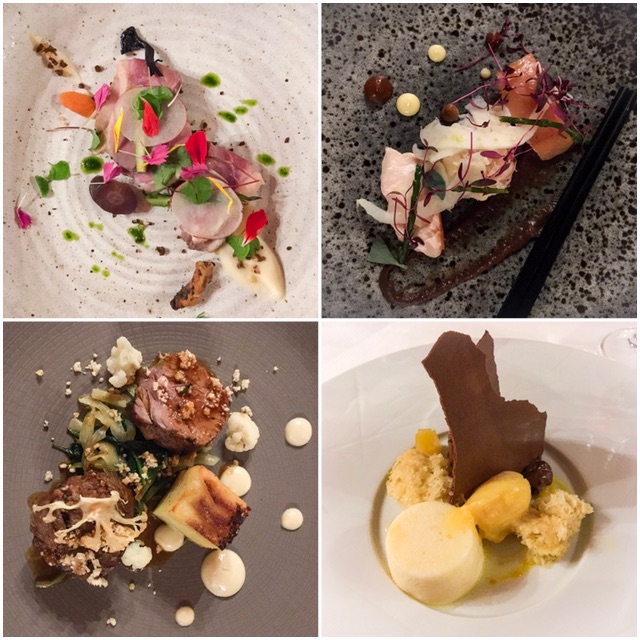 After all that it is time to sit down, relax and watch the marine traffic go by.

Spitbank Fort also boasts a rooftop hot tub, bar, BBQ and a firepit.  For the night owls there is a night manager who will look after you for however long you wish to stay up, bringing you drinks, marshmallows to toast on the firepit, or anything else you could need.

In the morning you are served a hearty Full Fort Breakfast before heading back to the mainland via private launch.

Whether for a romantic overnight stay, house party with family or friends, reception or away day Spitbank is versatile enough to offer something for everyone, as well as providing a unique experience within  easy reach of London and the South of the UK.  I visited as part of a yoga retreat with Sarah Highfield – nothing like holding a tree pose whilst gazing at the wonderful sunset.

Spitbank Fort, the UK’s luxury private island in the middle of the Solent, has partnered with yoga teacher, Sarah Highfield, to create a revitalising wellness escapade for guests. Over a series of dates in the summer, the energising yoga sessions that aim to calm the mind and strengthen the body will take place atop the fort which boasts panoramic views across the waters to the Isle of Wight on one side and mainland UK on the other. The overnight experience includes the return boat trip, champagne on arrival, lunch, two yoga sessions with Sarah (afternoon and morning), healthy smoothies, a five course dinner in the Officer’s Mess and a full Fort breakfast the following morning. The dates for Yogagise at Spitbank Fort are: Monday 26 June, Tuesday 11 July, Tuesday 25 July and Monday 7 August and costs from £975.00 for two people, per room. For more information and reservations, please visit Solent Forts.

Fuss Free Flavours was the guest of Spitbank Fort and Sarah Highfield. All opinions our own.