You are here: Home / Travel / Tunisia – a Journey of Discovery

Tunisia is a nation brimming with culture and history, sadly currently suffering from turbulent times.  One for the intrepid traveller or for your future bucket list 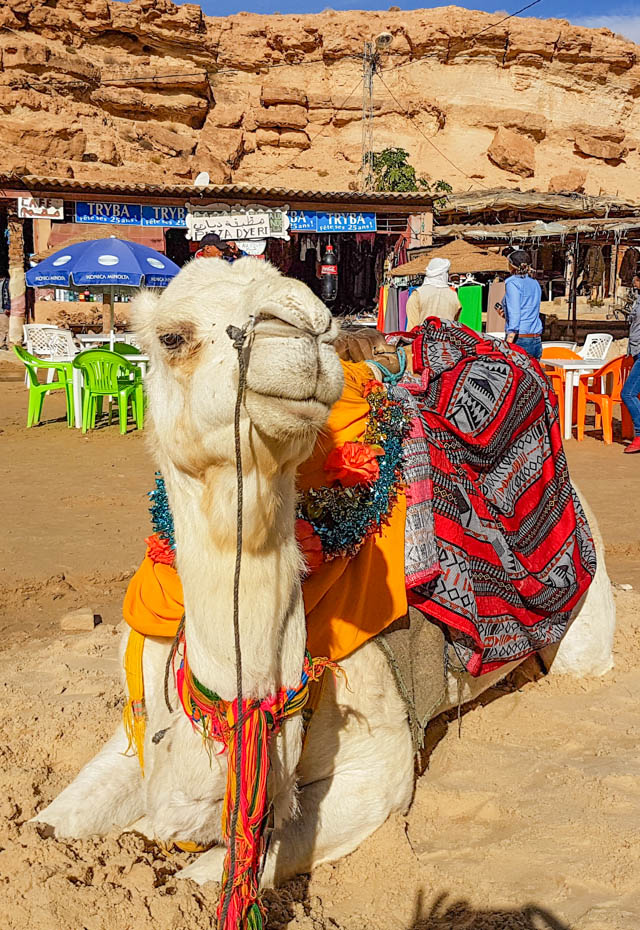 Feature &  photography by my friend Anna, who went on the trip.

With a proud people of Arab-Berber descent, Tunisia is a North African country blessed with a rich and diverse cultural heritage. Bordering Libya and Algeria, it once played a strategic role for the Romans, Arabs, Ottoman Turks and, more recently, the French, all exploiting its location close to key shipping routes across the Mediterranean Sea.

The ancient ruins of the city of Carthage 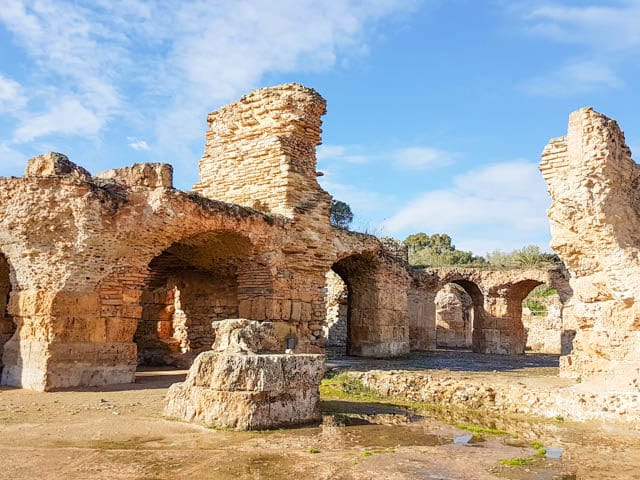 Remnants of its powerful legacy still stand today. The world famous ancient ruins of the city of Carthage are located to the east of the capital, Tunis.

Carthage was the centre of the ancient Carthaginian civilisation, an empire dominating the region in the first millennium BC. Carthage was destroyed by the Romans in 146 BC who then build Roman Carthage on its footprint which became a major city of the Roman Empire in the province of Africa. In 698 it was again occupied by the Muslim conquest of the Maghreb but became largely uninhabited by the Medieval period. 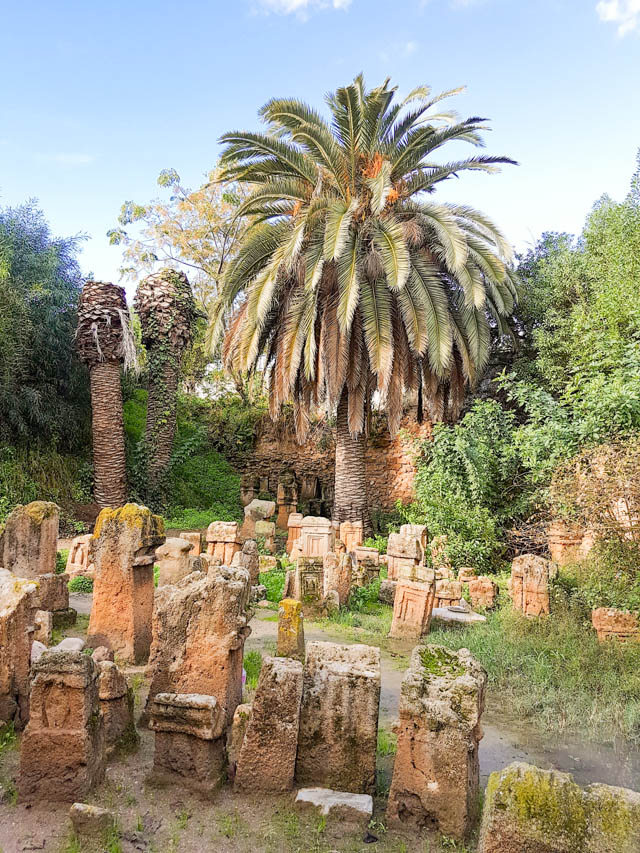 Excavations from the 1800s onwards began to reveal the true extent of its size and history. The layout of the city can still be clearly seen today with many foundations remaining intact. There is a museum on the site where some of the more valuable artefacts, including statues, fine pottery and intricate mosaics, have been carefully preserved and displayed. 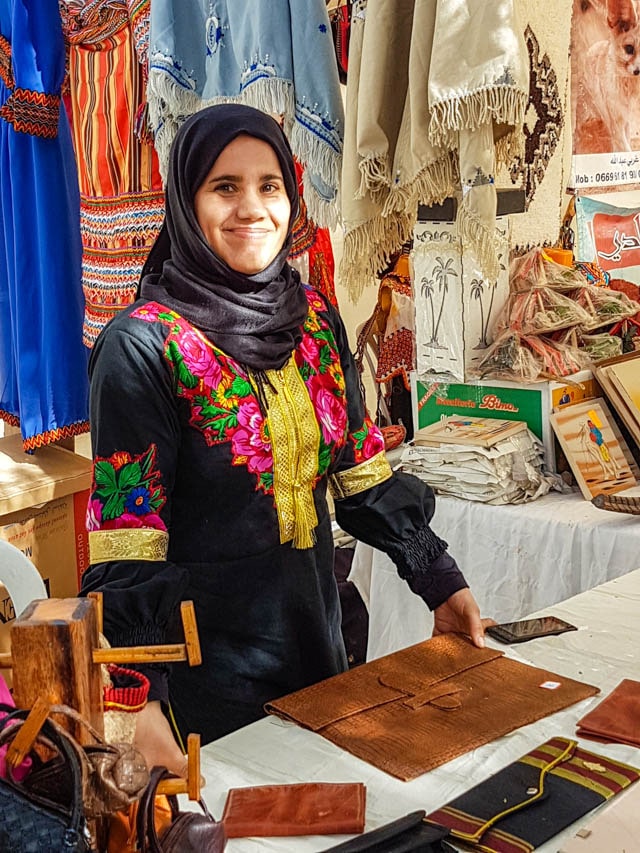 Meeting some of the charming locals at the colourful street markets

The visit was part of a press trip organised by the Tunisian National Tourist Office who are keen to present a more positive view of Tunisia after recent terrorist attacks.

The Foreign and Commonwealth Office (FCO) has lifted its previous warning to avoid  travel to Tunisia.  The main tourist areas areas are safe to visit, but still do not visit designated areas, mainly to the south and on the Algerian border.

Hand luggage restrictions means large phones, laptops and tablets are not allowed in the cabin on flights from Tunisia back to the UK. Many holiday insurance policies will not cover trips to Tunisia so double check before flying.

Information correct as of July 2017

The country has improved its security and embarked on a campaign to lure back visitors. Yet in the once bustling beach resorts, the hotels remain eerily quiet, many restaurants and bars are closed and the sandy shoreline is conspicuously empty as most tourists heed the warning of the Foreign and Commonwealth Office advising against all but essential travel.

Those who venture in should do so with that warning resonating in their ear. 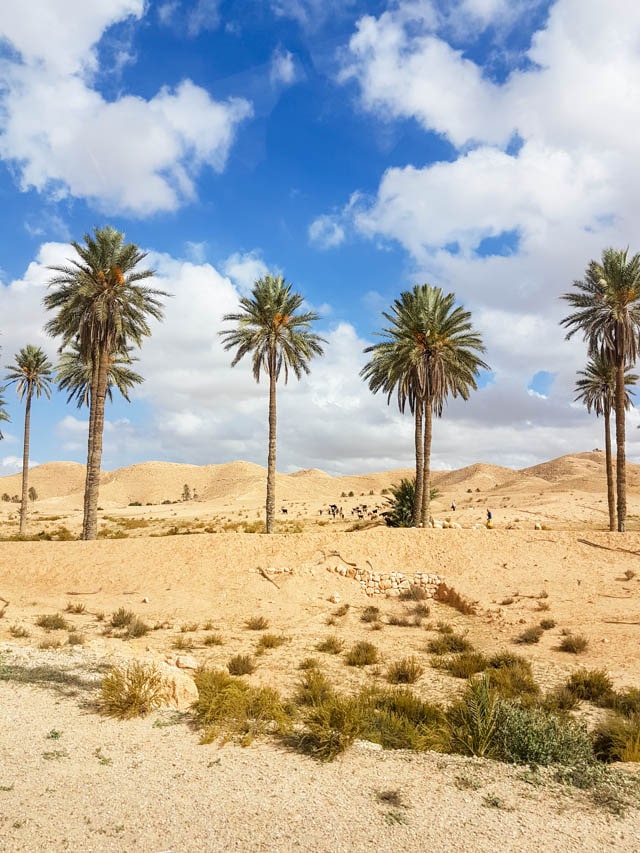 A visit to the International Festival of Dates in Kebili 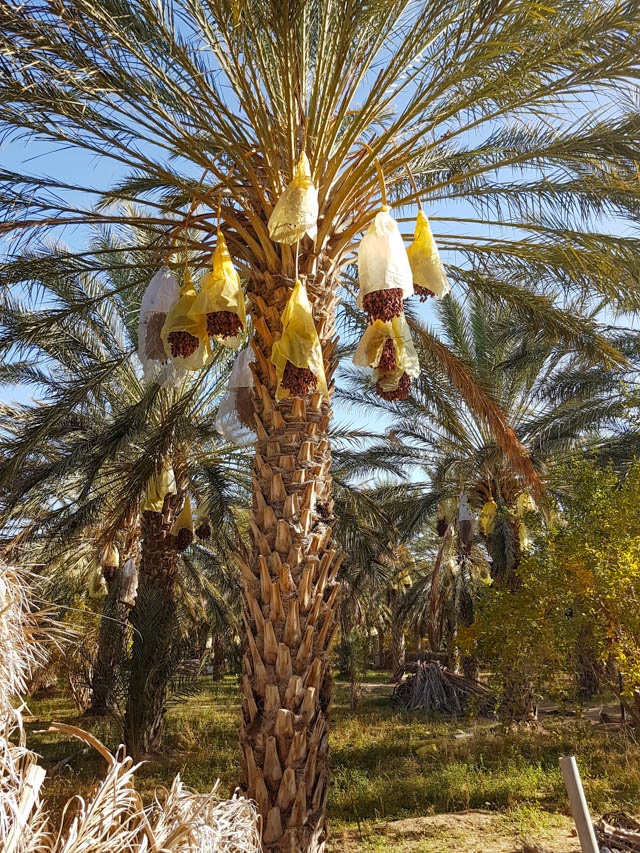 Tunisia’s economy relies heavily on the export of dates. The date palm is considered to be the most ancient cultivated plant appearing simultaneously in Egypt and Mesopotamia more than 6,000 years ago. 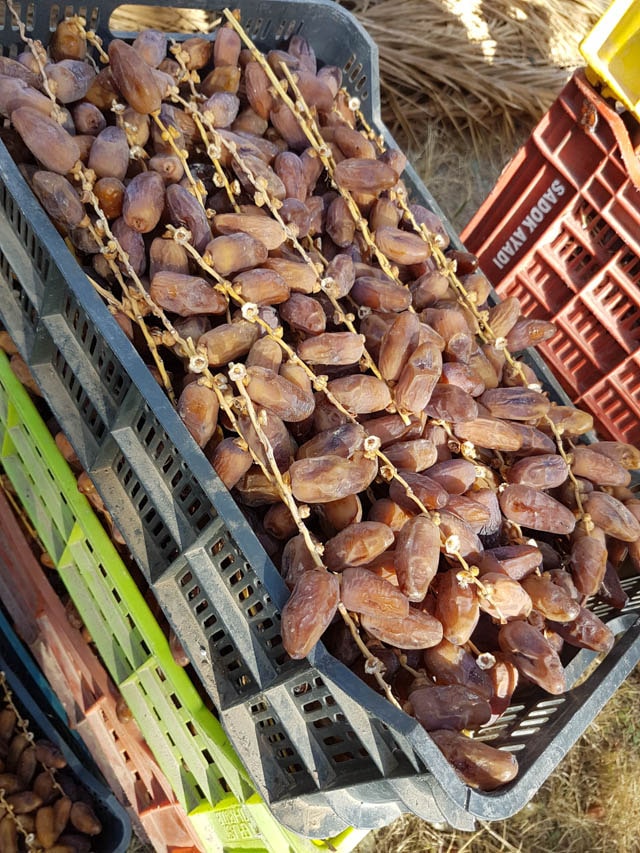 Visiting the International Festival of Dates in Kebili, the group were treated to a display of how these plants are grown, harvested and the fruit prepared. It is an extraordinary vision to see a man effortlessly shin up a 50 foot palm using just his bare feet to anchor himself as his sickle slices down huge bunches of dates. 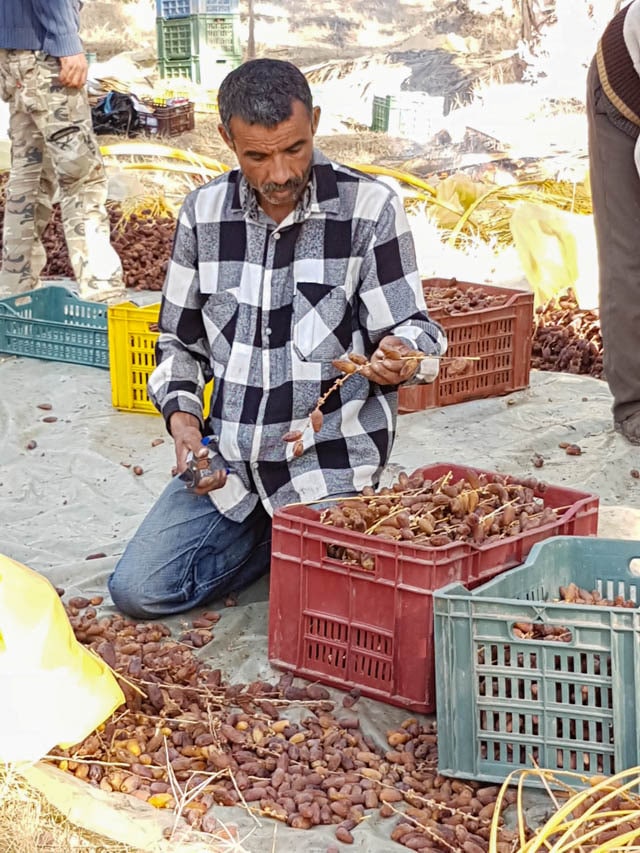 The press trip then travelled on to Matmata, a small Berber speaking town in southern Tunisia. Some of the local Berber population still live in traditional underground ‘troglodyte’ structures which are created by digging large pits into the ground to escape the burning, desert sun. Around the perimeter of the pit artificial caves are excavated to be used as rooms, often interconnected by trench like passage ways. 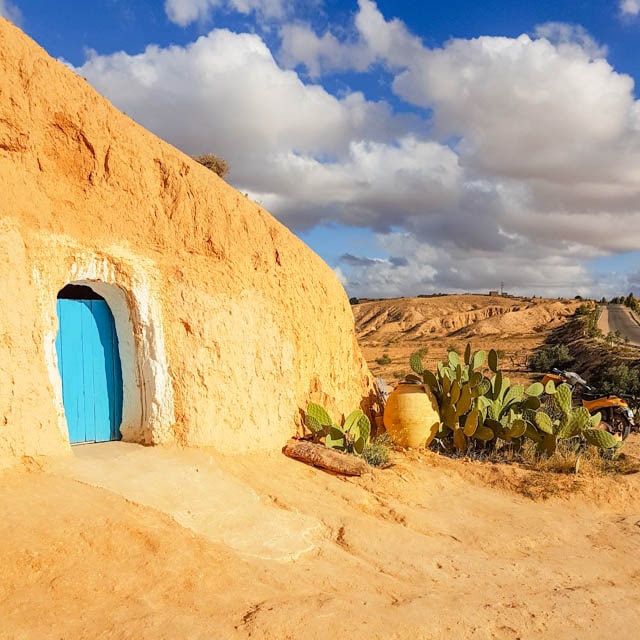 Traditional Berber homes carved out of the desert rock 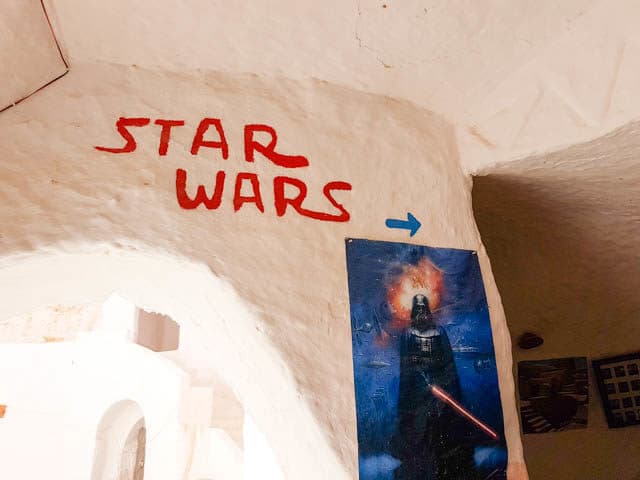 The stunning desert landscape was featured in the Star Wars movie franchise. Hotel Sidi Driss, at Matama Ancienne, is a place of pilgrimage for Star Wars fans as it was the original film set of Luke Skywalker’s Tatooine home. The hotel has little changed since the film crew left and the walls boast a wealth of Star Wars memorabilia. 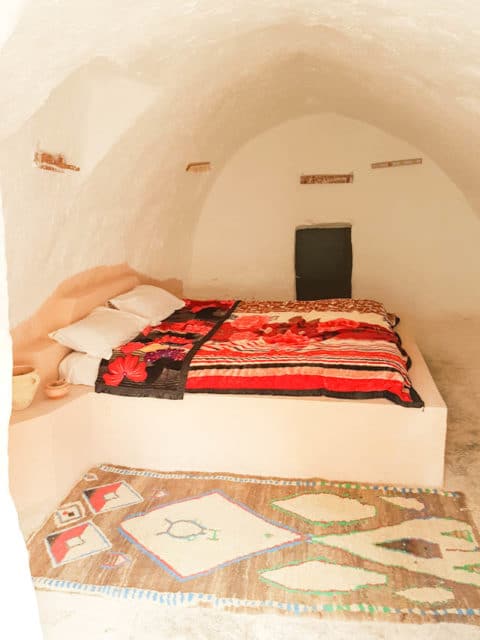 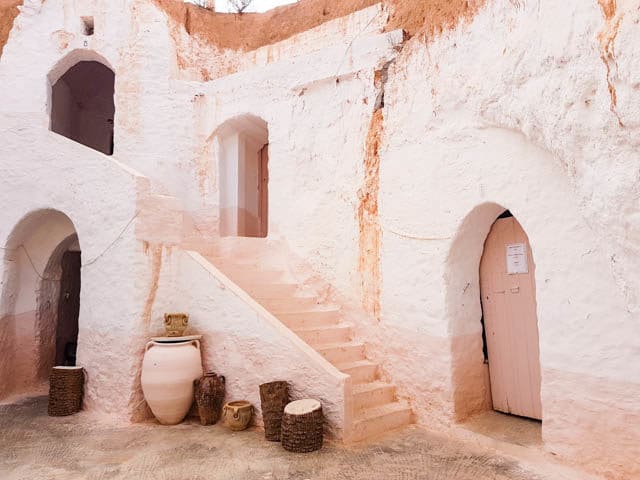 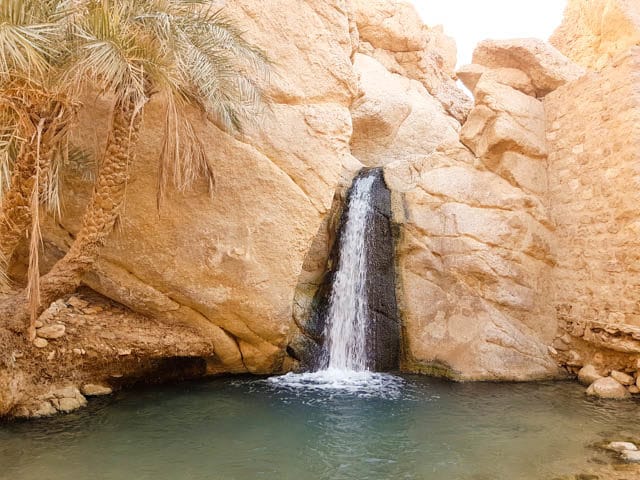 Then on to a more mountainous landscape in search of the Chekiba oasis. This paradise surrounded by palm trees is known by the locals as the ‘large waterfall in the desert’. Here, one follows a gently sloping pathway into the heart of the arid mountains to discover a spectacular display of waterfalls, streams and lakes, making the immediate area lush and green. 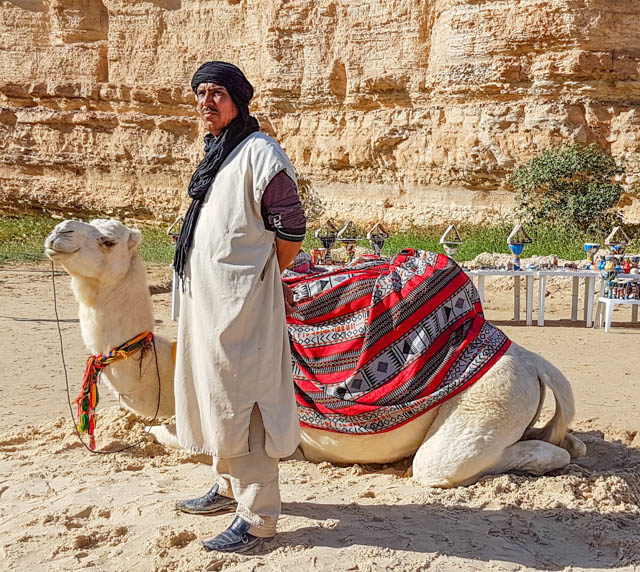 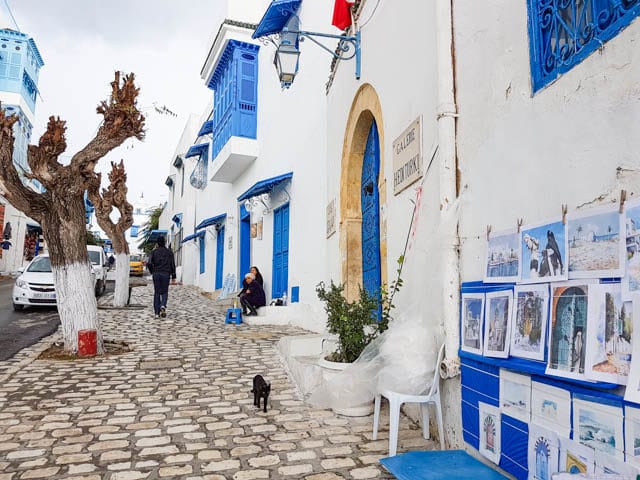 The final stop was the exquisite town of Sidi Bou Said. It is famed for its artistic traditions and remains a haven for international artists today. Its beauty is that its walls are uniformly whitewashed and its doors and windows are all painted the exact same shade of blue. Rodolphe d’Erlanger, a French painter and musicologist specialising in Arabic music, initiated the blue-white theme in the 1920s. His home, Ennejma Ezzahra, is now a museum. 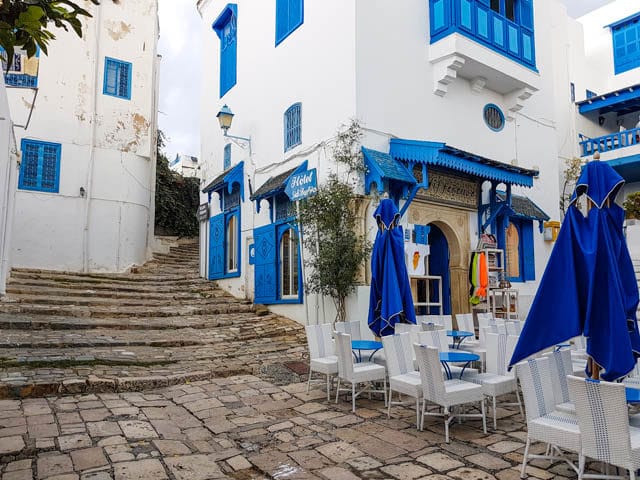 Although this is a country having suffered in recent times, it is trying to emerge. Whether you chose to be intrepid and visit now or wait until the country moves into less turbulent times, this is a destination that you must keep on your bucket list. 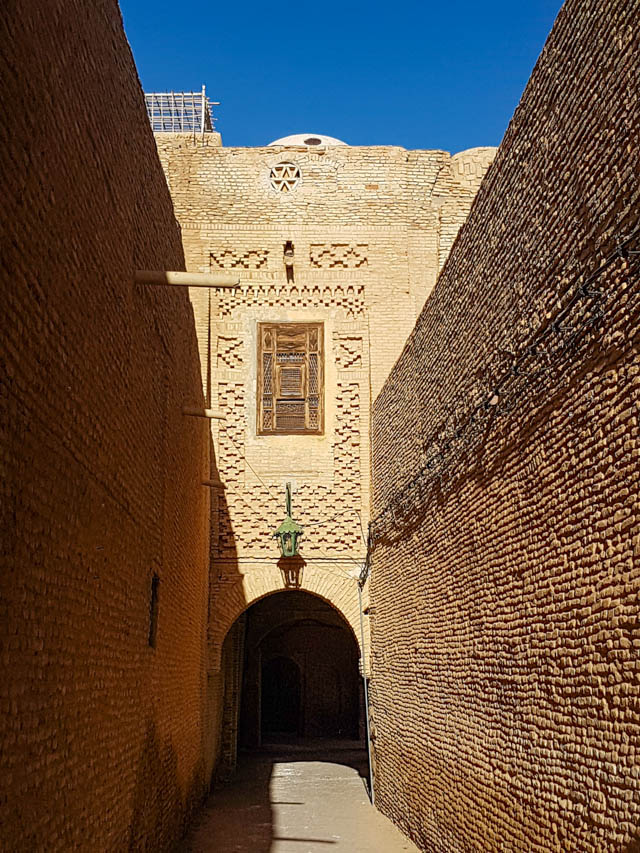 Fuss Free Flavours was the guest of the Tunisian Tourist Board.   All opinions our own.

Previous Post: « Cheesy Jalapeño Deviled Eggs
Next Post: Spitbank Fort – a luxurious private retreat in the middle of The Solent » 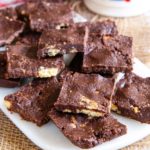 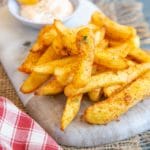 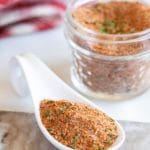 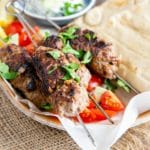