You are here: Home / Travel / A Wander Around Peggy’s Cove, Nova Scotia, Canada

Peggy’s Cove is a beautiful fishing village and tourist favourite, a short drive from Halifax in Nova Scotia, Atlantic Canada. 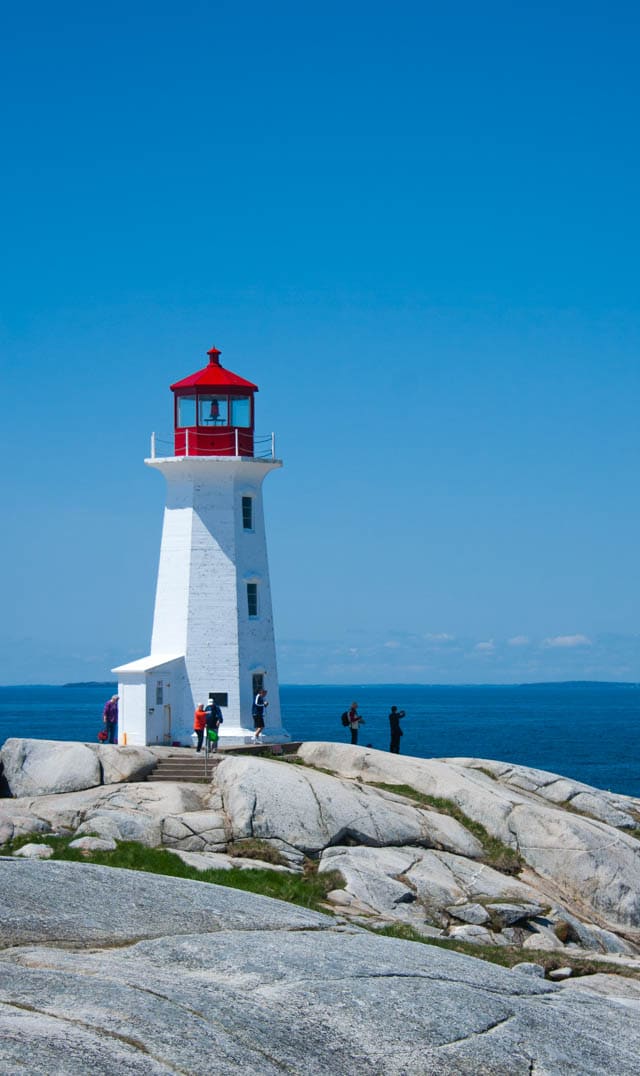 Peggy’s Point Lighthouse on a granite outcrop to the south of the village is a favourite of photographers; this iteration of the seafarer’s friend was built in 1915, it’s the second lighthouse on this site. Despite being built in concrete it apes the traditional style octagonal style of wooden lighthouses found elsewhere on the coast. 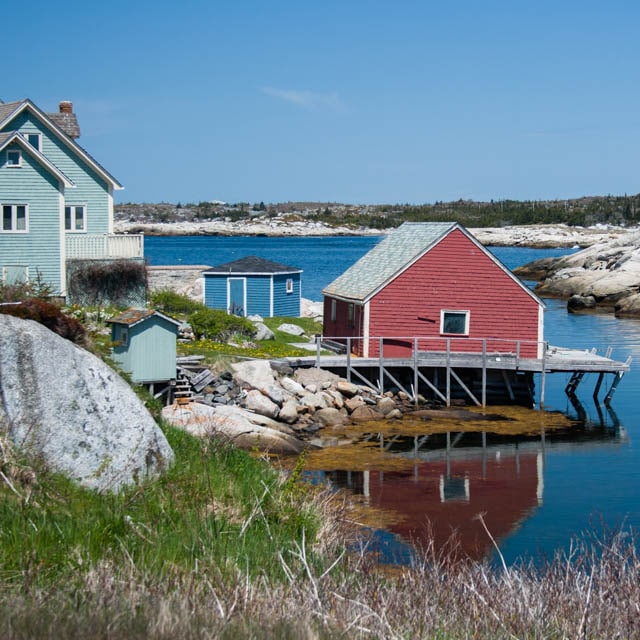 The village, with its well sheltered harbour, is still a thriving fishing community. Lobster pots and fishing nets are dotted everywhere around the village. 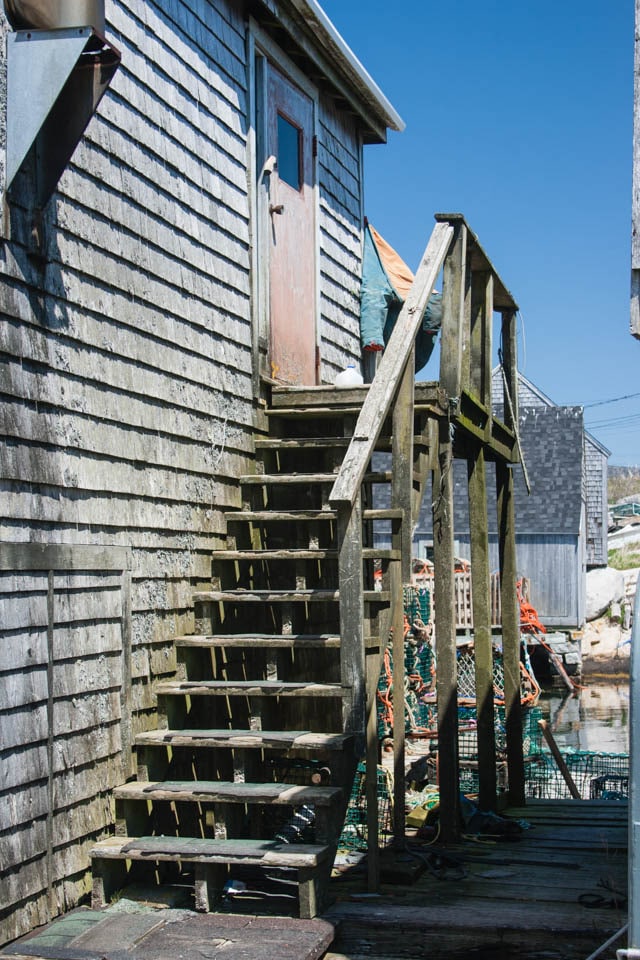 As a working village, the clap-board buildings show evidence of real use, rather than being an overly preserved and lifeless tourist trap. But there are still plenty to interest the visitor, from places to eat to art galleries and guest houses. 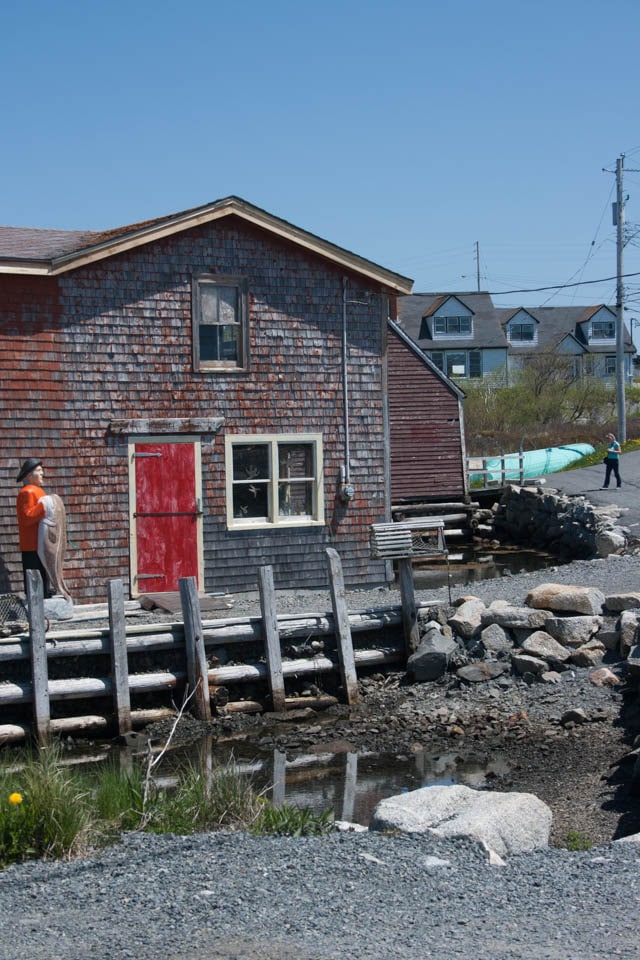 The rocky coast is perfect for lobster fishing. The rugged conditions demand seaworthy and capable boats. 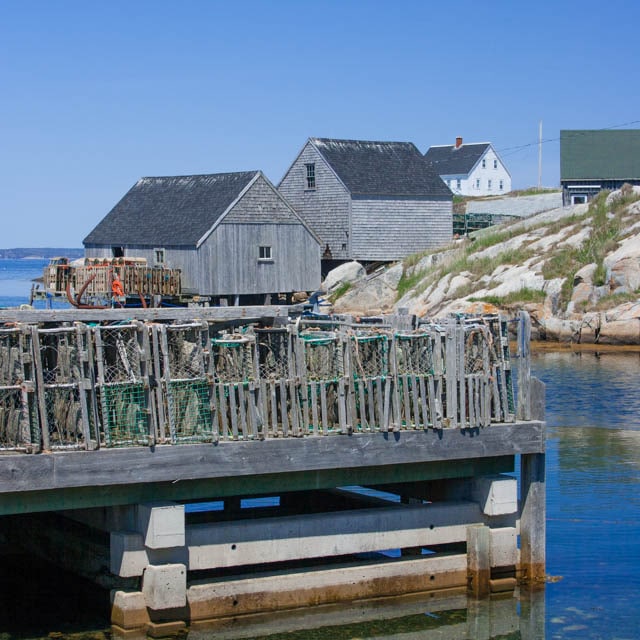 Wild flowers in full bloom add a touch of colour to the beautiful vistas. 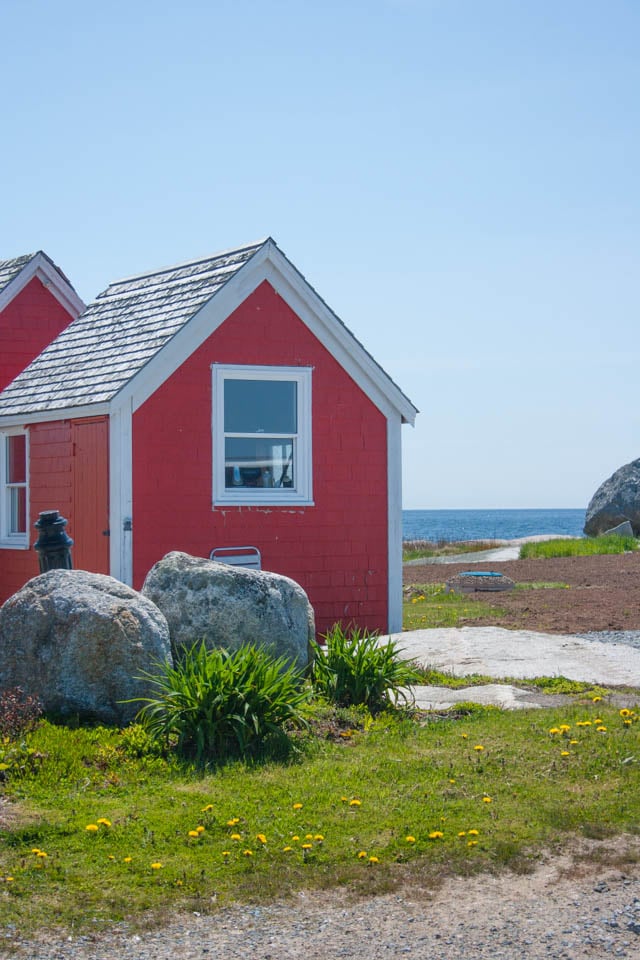 Strict usage and zoning laws mean that this picturesque village hasn’t been taken over with second homes and weekend cottages, and remains a thriving year round, working, community. 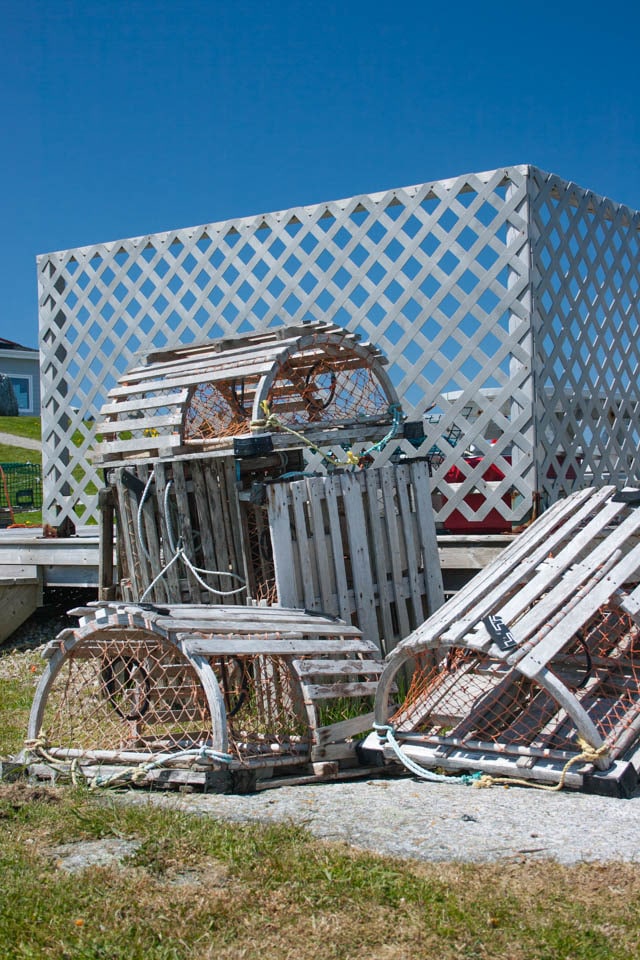 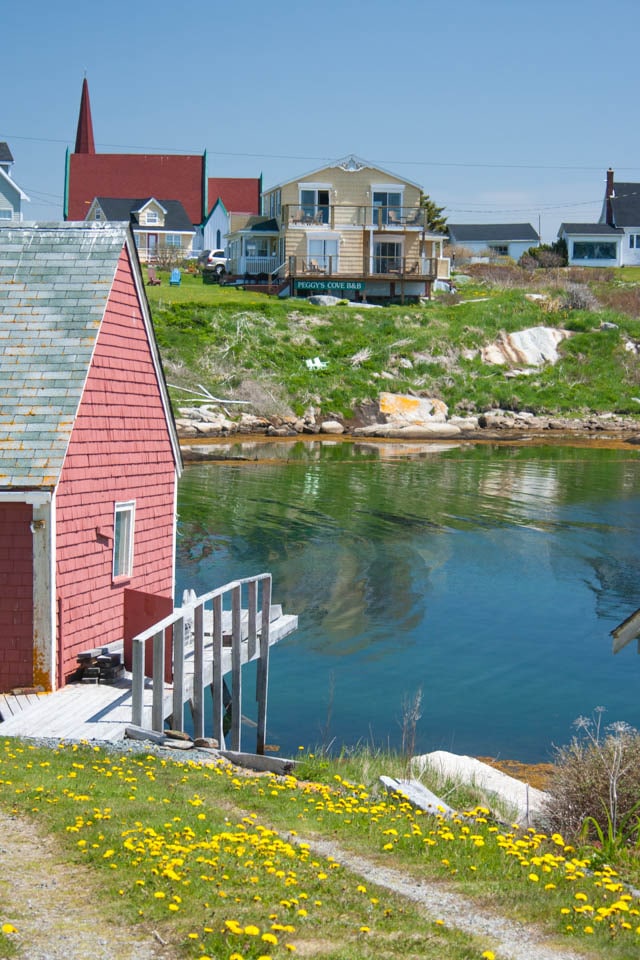 The bar’s terrace is a perfect place for a drink and to watch the world go by.

The beautiful Bluenose Coast and deep blue of St Margaret’s Bay and the Atlantic Ocean. 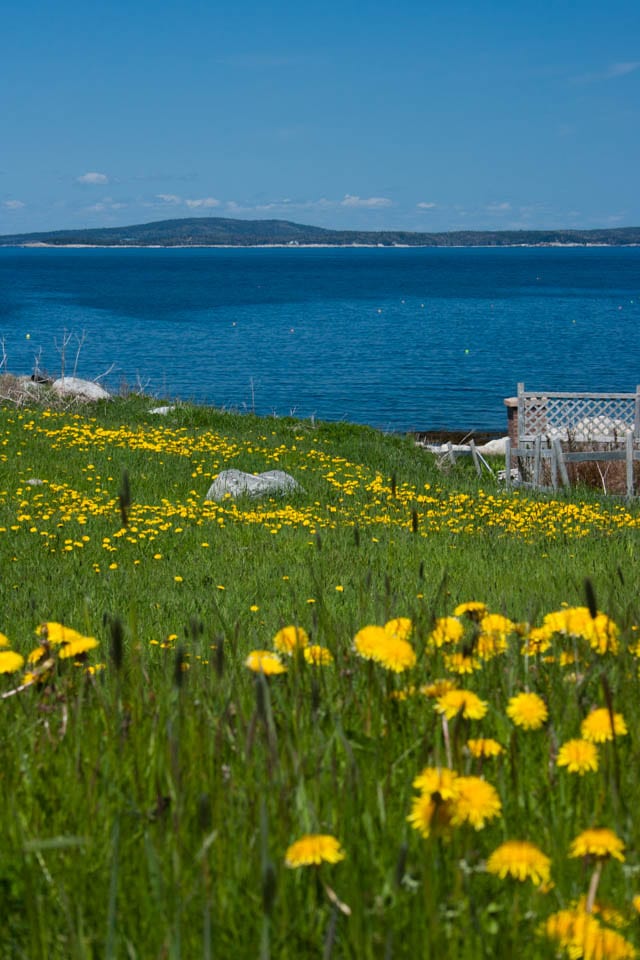 A photographer’s dream: strongly contrasting colours from the idyllic looking ocean and the bright red of the lighthouse cupola. 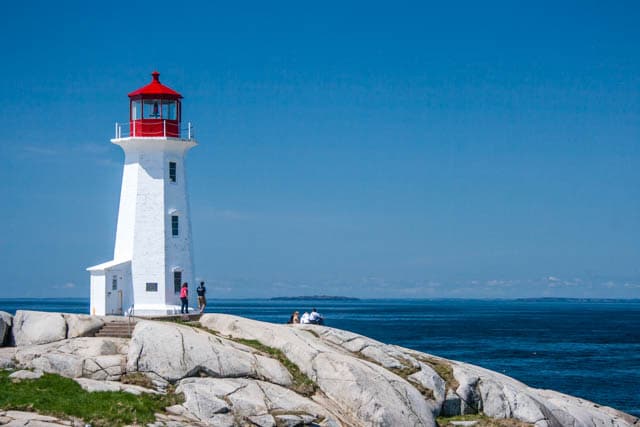