You are here: Home / Recipes / Recipes by Course / Sweets and treats / Easy After Eight Fudge
Jump to Recipe - Print Recipe

This easy three-ingredient After Eight Fudge recipe makes a rich and delicious after-dinner treat. The layers of mint fondant look fancy but it couldn’t be easier to make in the microwave (stovetop or slow cooker). No fuss but plenty of glory.

The original wafer-thin after dinner fondant mint, After Eights always seemed rather glamourous to me as a child. Glossy dark chocolate and intense peppermint made them seem very grown up, and the delicacy of those thin squares was fascinating.

In this recipe for After Eight fudge, I have combined two delicious after dinner treats; the dark chocolate mint and soft, melting fudge. The resulting chocolate mint fudge has all the glamour of the After Eights and the comforting warmth of good fudge.

This is the simplest fudge recipe you will ever find. You only need three ingredients. There’s no boiling sugar and you don’t even need a baking pan to set it in. I use plastic takeaway trays, which are easy to bend to release the fudge.

Having said that, if you don’t have a microwave, you could make this recipe on the stove top, melting the ingredients together in a saucepan over a low heat.

Why you will love this After Eight fudge!

I normally cook for two, so I make a relatively modest batch with half a can of condensed milk. This makes 18–24 squares and lasts us a good week.

Half a can of condensed milk is also the quantity I need for a batch of my no churn ice cream, so I can make two recipes from one can!

How to Make After Eight fudge

Step one – Pour the condensed milk into a microwave proof bowl. Then break up the chocolate bar and add it to the milk, along with half the After Eights.

Step Two – Prepare baking pan, tray or mould ready to set the fudge. A regular plastic takeaway tray (4″ x 6″) is great for this, so I never throw them away. They stack neatly in your cupboards and freezer and it’s always good to reuse before you recycle.

If you are using a flexible tray, brush it with oil or spray with cake release spray. If you are using a rigid pan, line it with parchment paper (I like the foil backed version). This will allow you to lift the fudge out easily. If you are making a larger batch, either use two trays, or a 7–8″ (18–20 cm) square pan.

Step Three – Cut up the remainder of the After Eights into small pieces.

Step Four – Put the bowl with the condensed milk and chocolate in the microwave for 30 second bursts, stirring in between, until the chocolate and After Eights are melting.

The time taken will vary according to the power of your microwave, how solid the chocolate is, and even the size and shape of the bowl. Melt the chocolate gently and don’t let the mixture boil. Take it slowly.

Step Five – Mix it all together until smooth. The warmth of the mixture will melt any left over bits of chocolate.

Step Six – Add half the chopped After Eights and gently mix them in, so they keep some of their shape. You don’t want to melt them completely.

Step Seven – Pour the fudge into the tray. Smooth it out.

Step Eight – Decorate with the last pieces of After Eight, gently pressing each one onto the surface of the fudge. Allow to cool and then place the tray in the fridge to set. This will take at least a couple of hours, and 3–4 or overnight is better.

Step Nine – Once set, turn the fudge out of the mould. If you used a flexible mould, just flex the sides and flip upside down, giving the base a good tap to release the fudge.

If your fudge is stuck, pop it into the freezer for 10 minutes. Then give the bottom of the tray a good whack. With a rigid baking pan, lift out the parchment you used to line it.

Cut the fudge into squares with a heavy kitchen knife and serve. Keep any remaining fudge in a covered container in the fridge until you are ready to eat.

No Microwave? No Problem!

If you haven’t got a microwave, then you can easily make this fudge on the stove top!

Step One – Prepare your trays as shown in the method above.

Step Two – Pour the condensed milk into a saucepan. Then break up the chocolate and put it on top of the milk, along with half the After Eights. Chop the rest of the After Eights into pieces.

Step Three – Warm the pan on the lowest heat (I find a heat diffuser ring is helpful). Once the chocolate starts to melt, keep stirring it. Do not leave the pan, as it can rapidly overheat. If this happens, the chocolate will seize and the mixture will split and spoil your fudge.

Stir all the time, taking care to scrape the sides, corner and bottom of the pan to stop any burning

Step Four – Once the chocolate is melted and well combined with the milk, take it off the heat. Stir in half the reserved pieces of After Eight so that they are distributed throughout the fudge, but not so much as to melt them in completely.

Step Five – Pour the fudge into the tray. Smooth out and top with the last of the After Eight pieces. Once cool, pop into the fridge to set for 3–4 hours or overnight.

Can I make After Eight fudge in the slow cooker?

Yes! Slow cookers are very good for slowly melting chocolate in this type of recipe.

Having said that, this recipe is very quick and easy in either the microwave or in a pan on the stove top. I would not bother to get the slow cooker out in order to make it, unless I was making at least a triple batch. (Now there is an idea!)

If you must make it in a slow cooker, use the uncovered slow cooker as a bain marie – making the fudge in a heat proof bowl standing in water.

How long does After Eight Fudge keep?

At least a week in the fridge – however, we usually eat it all sooner. If I made a bigger batch we’d still eat it all in a week, which is why small batches are the wise choice!

What can I do with leftover condensed milk?

Store leftover condensed milk in a sealed tub in the fridge or freeze it, where it will keep for months. Use it to make no churn ice cream (all my no churn ice cream recipes use half a can of condensed milk). You could make After Eight fudge ice cream! Alternatively, make a second batch of this After Eight fudge recipe, try one of my other fudge recipes, or experiment with new flavours using this recipe as a guide.

If you freeze leftover condensed milk store it in a watertight Lock & Lock type of container or make sure you have stored it upright and do not turn it on its side.

Condensed milk does not freeze solid (which is why it works in no churn ice cream), and it will escape and slowly seep from the top to the bottom of the freezer leaving a very sticky trail in its wake.  I know this. It is not a mistake I will make twice!

For more on easy techniques for fuss-free fudge, read my post on how to make easy fudge. You can find my favourite recipes collected together in this roundup of easy fudge recipes.

Tried this recipe?If you try this recipe please tag #FussFreeFlavours on Instagram or Twitter. It is amazing for me when for me when you make one of my recipes and I really do love to see them. You can also share it on my Facebook page. Please pin this recipe to Pinterest too! Thanks for reading Fuss Free Flavours!
Print Recipe BookmarkSaved!
4.92 from 12 votes

This sumptuous After Eight chocolate mint fudge is not just for after eight. Not too minty but nicely balanced, it's a little touch of luxury with your coffee.
Servings: 24 pieces
Author: Helen Best-Shaw
Prep Time5 mins
Cooling / Setting Time4 hrs
Prevent your screen from going dark 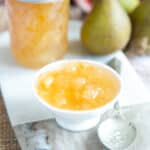