You are here: Home / Other / Katie Stewart: Memories of Learning to Cook 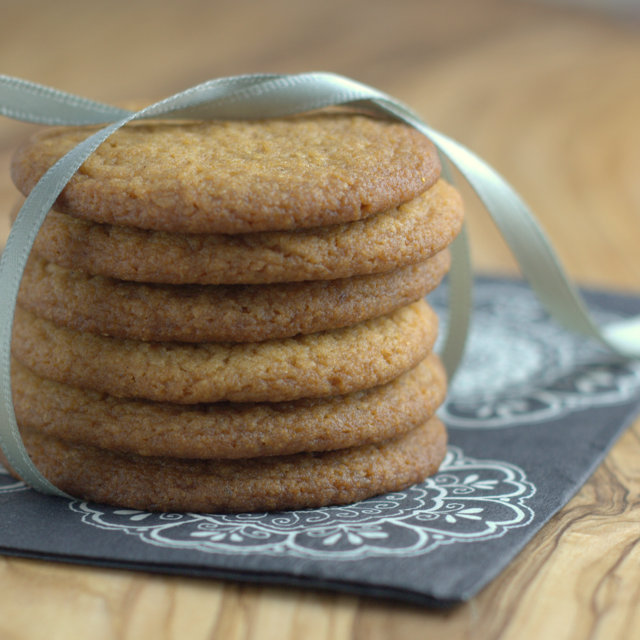 It was with some degree of sadness tinged with nostalgia that I read of the death of Katie Stewart last week.   Like many a child of the 1970s I was brought up on her food, and learnt to cook from her Times Cookery Book, published in 1972.

The Times Cookery Book, or simply “Katie Stewart”, as it was known, was my mother’s kitchen bible; published by Pan, a thick paperback with too many pages to be practical, or lie flat on the counter (it used to be propped open under the blue Salter kitchen scales).  My mother remembers that she bought it with some money that Cousin Jack (a distant relation on my father’s side) had given her. 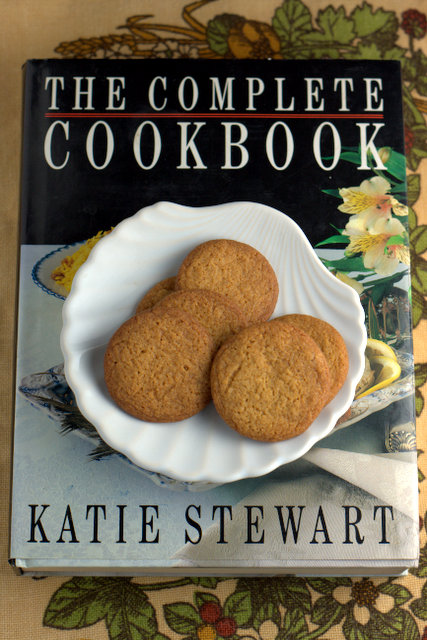 When I went to university it seemed natural that a reprint of a Katie Stewart went with me.

The book was annotated, and filled with cuttings from Katie’s regular columns in The Times.   It dispensed no-nonsense advice and well written fool-proof recipes.  For many it was their first taste of foreign foods; Vichyssiose and Greek egg & lemon soup sit next to oxtail.  Mille feuille is nestled alongside an apple & blackberry pie. We are reassured that a pear & grape salad, although unusual, is delicious and originated in America where it is very popular.

I am comforted by the beef and prune casserole, marmalade, pineapple meringue and the chocolate fudge pudding – a regular fixture for Saturday supper (I could still remember the page number it was on more than 20 years after leaving home for university).  I am struck by the number of recipes, several to a page.  No wonder everyone had fewer cookbooks in those days – they all contained so many more recipes and few photos, if any at all.

Leafing through the index I notice lots of absent ingredients; items that I use all the time; soy sauce, miso, quinoa, buckwheat and couscous.  There is no mention of pasta in the index, although there are two recipes for spaghetti. I suppose it is not surprising, in the 1970s olive oil was largely medicinal and bought in tiny bottles from the chemist.  I am struck by just how much our diet has changed, the exotic is now the common place, the food of over 30 years ago dated and disregarded. 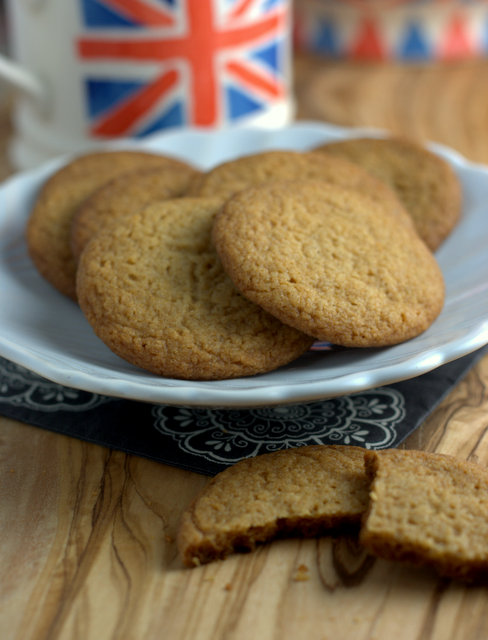 It seemed natural that when I went to university a reprint of a Katie Stewart came with me.  My favourite recipe ever is the gingersnaps, the first biscuits I made by myself, which I recreated at the weekend. They are easy to make, simply pour a mix of melted butter, syrup and sugar into a bowl of flour, ginger and bicarb of soda, mix and bake.  They are also an exact replica of the Macvities gingernuts, but all the better for being made from scratch.

Having forgotten about my Katie Stewart for a great many years I think I’ll be getting the books out again, and reliving some culinary memories, then rejoice anew in the wealth of ingredients available to me in 2013.   I think Katie would approve.