A steamed pudding is a quintessentially British thing. Part cake, part sponge pudding and all delicious. Steaming results in a lovely moist but still-light sponge that is perfect comfort food throughout the winter months. Serve it with lashings of whipped cream or a generous amount of custard.

Endlessly adaptable, sponge pudding with syrup is probably the most common, closely followed by jam. The topping soaks into the top of the cooked pudding, creating graduated layers.

My pudding is gently spiced, and filled and topped with apple and blackcurrant jam. I cooked it in my REDMOND Multicooker, which is one of the most useful gadgets that I own (initial review here). For those not in the know, the multicooker will fry, stew, steam, boil, bake & slow cook with its 35 functions, making it adaptable as well as compact.  A steamed pudding takes a good hour or so to cook, and takes up a valuable ring on the hob, so cooking it in the multicooker gives you back that cooker space. The tightly fitting lid of the REDMOND also means there is less steam condensing in your kitchen.

Loved this ? Then check out my Christmas pudding!

A few tips for this recipe. 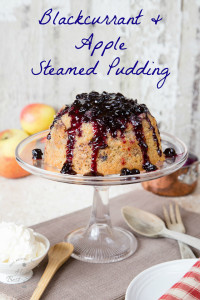 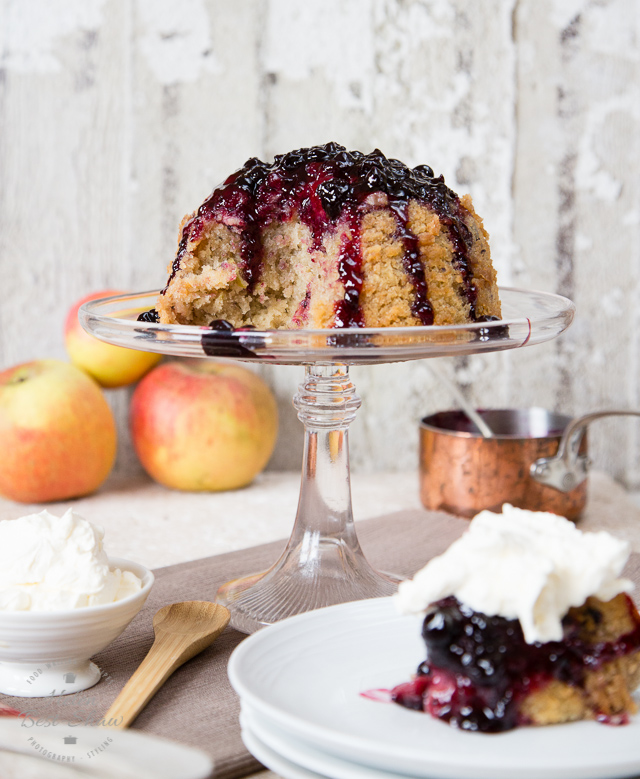 Recipe commissioned by Redmond – I use a Redmond RMC-M4502E Multicooker currently priced at £104.90 .

Previous Post: « Pesto and Feta Pastries – perfect for brunch with a Bloody Mary
Next Post: The Story Behind Grana Padano DOP »