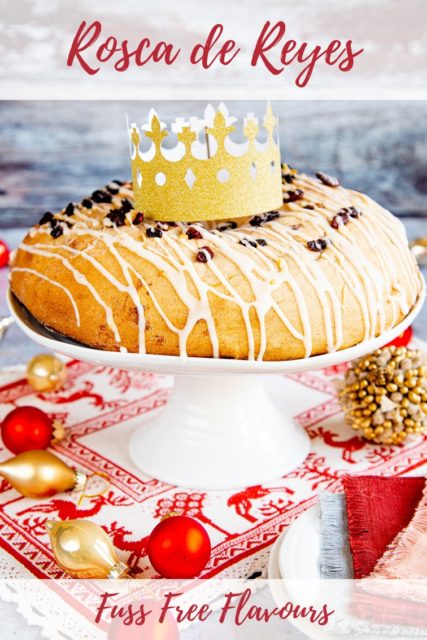 Rosca de Reyes, a Spanish Epiphany cake flavoured with rum and packed with fruit and spices, is a tasty treat to mark the end of the Christmas holidays. 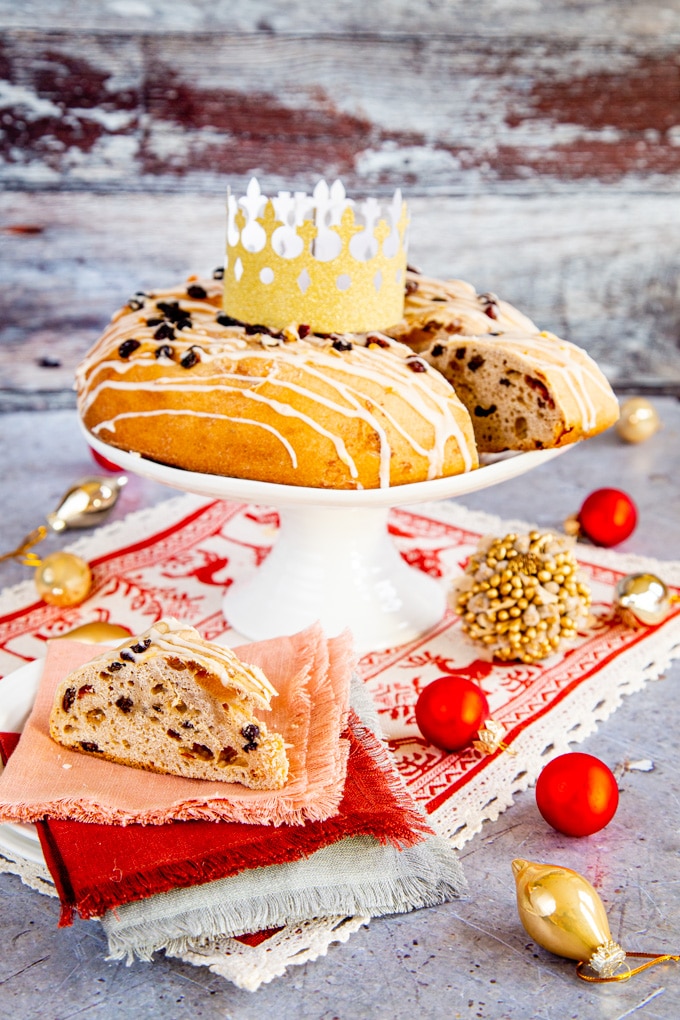 A Cake for the Three Kings

Celebration has to mean cake, doesn’t it? Birthday cakes, wedding cakes, and Christmas bakes from stollen to bûche de Noël, via panettone and rich fruit Christmas cake with everything else in between.

But there’s one trick we’re missing out on: a cake for Epiphany on the 6th of January. Across Europe, garlands or crowns of delicious rich sweet fruit bread or cake are baked to commemorate the visit of the Magi and the end of the Christmas season.

In France it’s the galette des rois, in Portugal, it’s the bolo-rei, in Germany the Dreikönigskuchen, and in Italy the focaccia della befana. In Spain and across the Spanish-speaking world, it’s Roscón de reyes or rosca de reyes.

Epiphany, or the feast of the three kings, is special in Spain. Traditionally, that’s when Spanish children receive their gifts, delivered by the Magi rather than Father Christmas. This upbeat Epiphany carol captures the spirit of the celebration well.

The rosca de reyes is the traditional bake for a Spanish Epiphany gathering. The enriched spiced bread is full of dried fruit, and the top can be decorated with more dried fruit and sugar or with colourful candied fruit and nuts.

A bean, or a figurine of the Christ child or a king is traditionally hidden inside. Finding it is a sign of good fortune to come, the equivalent of finding a silver sixpence in the Christmas pudding.  Traditionally the cake is served topped with a paper crown.

I was intrigued the first time someone suggested I try baking a rosca de reyes. This version is a large ring of bread enriched with butter and eggs, flavoured with vanilla and spices, and decorated with dried fruit. We had seen them in bakery windows in Las Palmas between Christmas and New Year a few years ago, but failed to realise the significance. It’s a shame that we missed out on trying one on the spot but I think this rosca de reyes is delicious.

I was a little nervous about cooking this the first time, as it was actually my first enriched dough bread. However, the end result turned out well. I still think it would be fun to go back and enjoy Epiphany in Spain and roscón de reyes from the baker. Until then, this will do very well.

But what is it called? Rosca or roscón? Well, in Spain it’s roscón, and in Spanish-speaking America it’s rosca.

How to make Rosca de Reyes 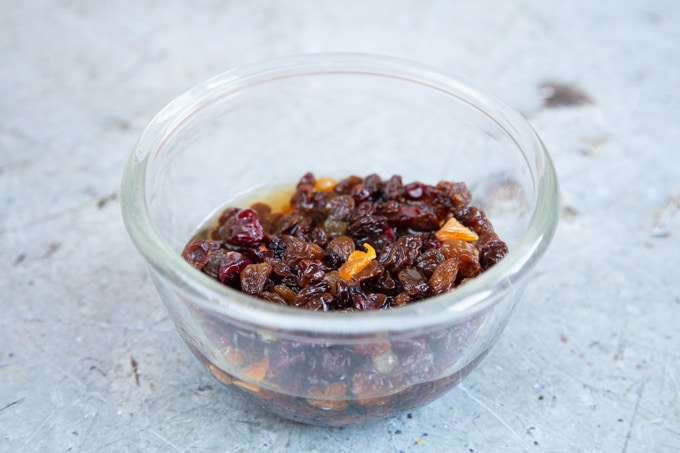 Step one – Soak 150g of the dried fruit in the rum. Leave it overnight to plump up and soften. 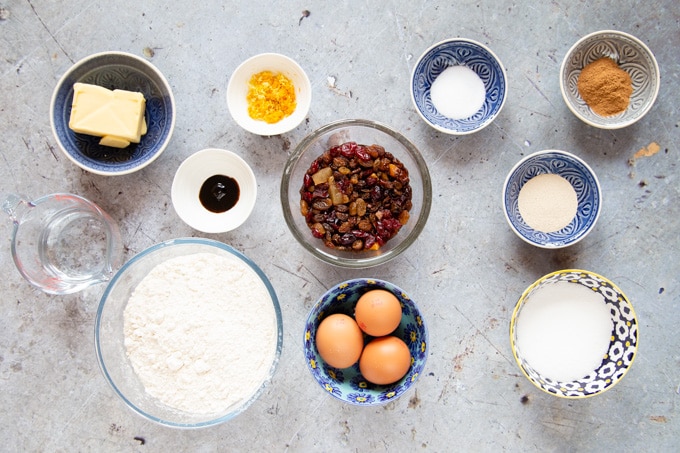 Step two – Measure out the ingredients. Grate the orange zest and sift the flour. 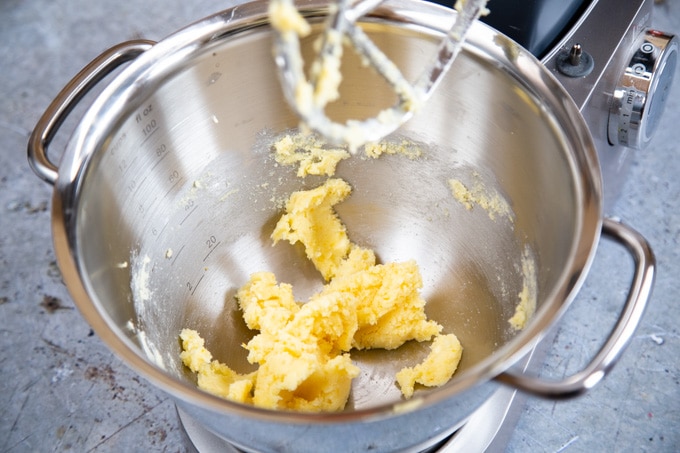 Step three – Cream together the butter, sugar, lemon and orange zest until pale and fluffy. 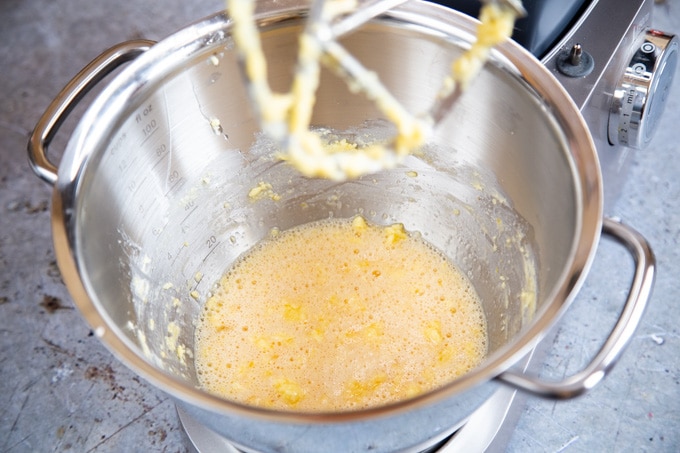 Step four – Then beat in three eggs, one by one. The mixture will look like partially-cooked scrambled eggs but the kneading will complete the mixing. Pour the mixture into a separate bowl. Don’t worry too much about cleaning the main mixing bowl. 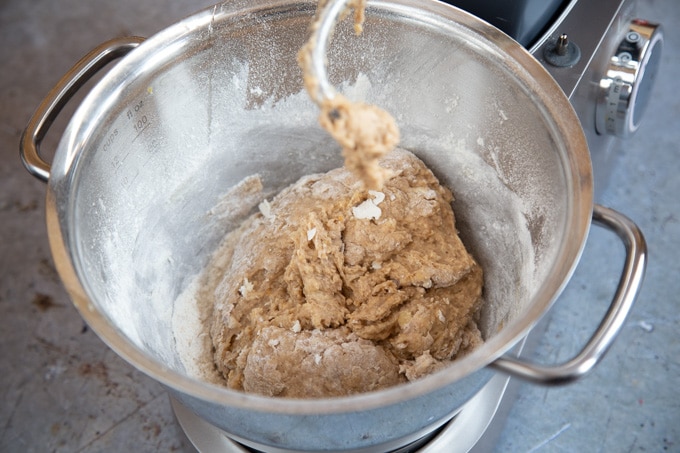 Step six –Mix together into a dough. Knead for five minutes until smooth and pliable. 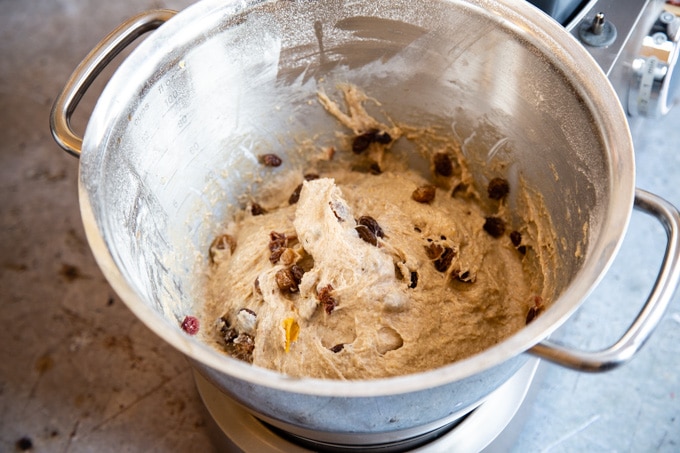 Step seven – Add the soaked fruit and rum and knead to distribute the fruit evenly through the mixture. Before leaving the dough to rise, add the figurine or bean (if using). 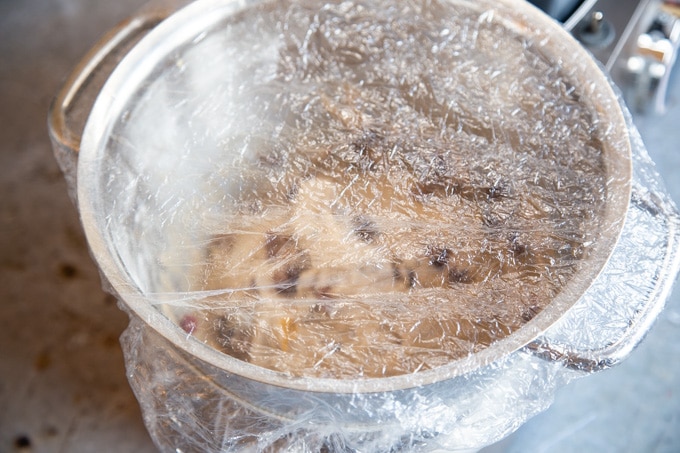 Step eight – Place the dough back in the bowl. Then cover it and place somewhere warm and allow to rise until it doubles in size. 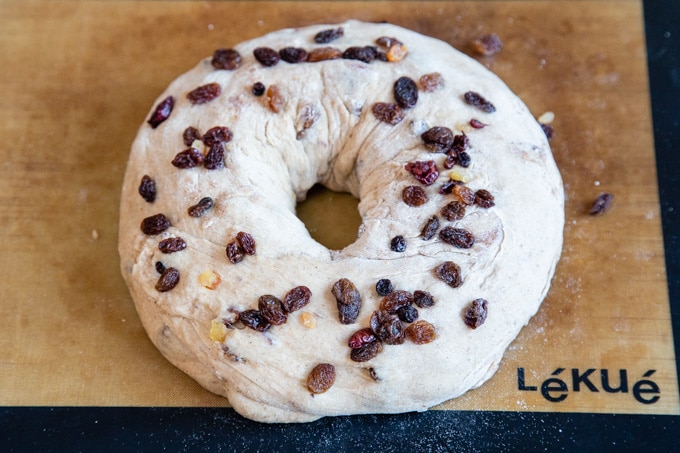 Step nine – Turn the dough out and roll out into a sausage shape. On a baking tray, form the dough into a ring and decorate with the remaining 50 g fruit, pressing it into the dough.

Step ten – Place in a warm spot to rise again. It should double in thickness – this will take about 1 hour, depending on temperature. Preheat the oven to 350°F/180°C/Gas mark 4. 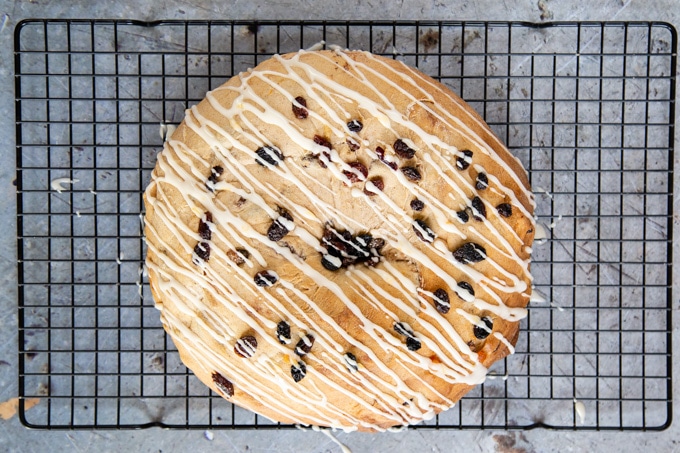 Step eleven – Beat the last egg with a splash of milk and brush over the top. Bake for 35–40 minutes until golden. The bread should sound hollow when tapped on the bottom. When cool, decorate with a drizzle of icing or sprinkle with icing sugar. Top with a paper crown, and enjoy! 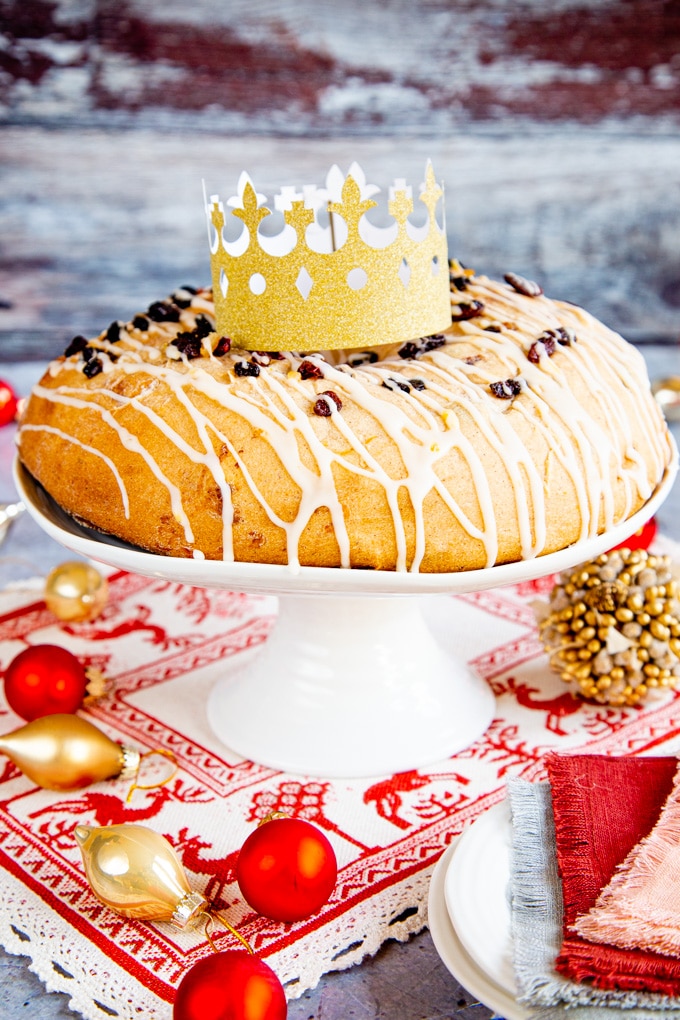 Paper crown cut with my Cricut Maker (gifted) using image #M44EC1 in design space. I like this look. However, you could engage any children in the house to make a decorative cardboard crown – a useful rainy-day activity for the end of the school holidays.

If you try this Rosca de Reyes – Spanish Epiphany Cake Recipe please tag #FussFreeFlavours on Instagram or Twitter. It is amazing for me when for me when you make one of my recipes and I really do love to see them. You can also share it on my Facebook page. Please pin this recipe to Pinterest too! Thanks for reading Fuss Free Flavours!
4.91 from 31 votes

Rosca de Reyes, a Spanish Epiphany cake flavoured with rum, fruit and spices, is a tasty treat to mark the end of the Christmas holidays.

Update Notes: This recipe was originally posted in December 2012, but was rewritten and republished with new photos, step by step instructions and hints & tips in December 2019.

If you like this recipe, why not try this heritage einkorn loaf with crimson raisins or these warming fragrant cinammon buns? Or for another way to celebrate Epiphany, make a delicious galette des rois.

If you are still using up Christmas leftovers, try this post-Christmas pancake recipe!