You are here: Home / Travel / The Story Behind Icelandic Grown Produce

You might be surprised to know that Iceland grows a lot of its produce using renewable energy, including these great looking Iceland tomatoes which are supplied all year round. 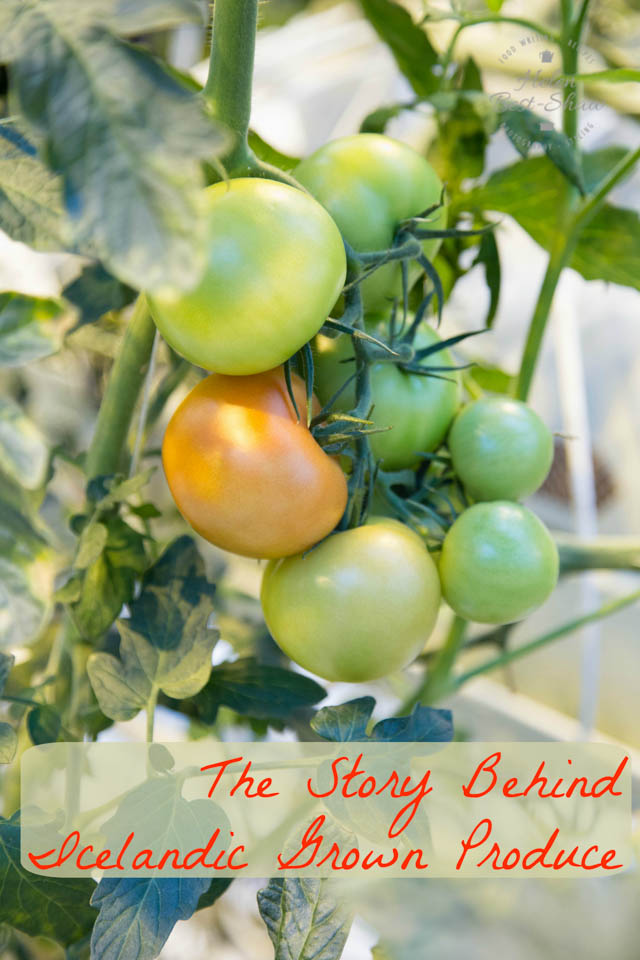 Before we travelled to Iceland, our preconception was that it was a windswept place, with no trees and generally scrubby and uninspiring vegetation. So we were doubly delighted to find that not only are there trees (albeit not forests of them), but that on our visit the colours and textures of the plant life were truly beautiful and particularly true of Þingvellir national park.

As an island between Europe and Greenland, and close to neither of them, the costs of importing fresh fruit and vegetables must be huge, but the canny Icelanders have used the fact that they live somewhere geology is a living science to produce their own food. 100% of electricity in Iceland is produced from green sources: geothermal, hydroelectric and wind. And power is not just produced by large power stations: there are many places in the south west of the country where it’s possible to have private power generation. Imagine that – your own power station in your garden! 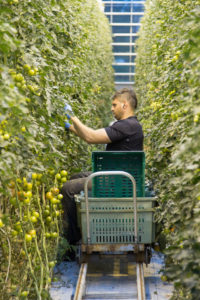 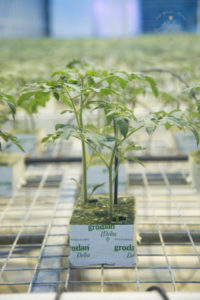 We visited one farm to see this in action. Friðheimar is a tomato and cucumber farm, heating and lighting their 5,000 square metres of greenhouse with power produced on site. It’s an impressive operation, producing on average one tonne of tomatoes per day, every day of the year. Plants are pollinated using bees imported from Holland, and as Iceland is so far north, pests aren’t that much of a problem (but even so, they use biological controls to combat the problem pests they do encounter). The climate inside the greenhouse is carefully controlled, with electric lighting, and heating all from geothermal energy. As a place to work, it must be quite uplifting: bright from the lights, and warm. Quite a change from an Icelandic winter.

Their plants are massive, growing and producing for 9 months, with their 9 metre stalks carefully trained round wires carrying them towards the ceiling, and the bright lights. 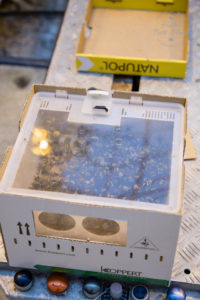 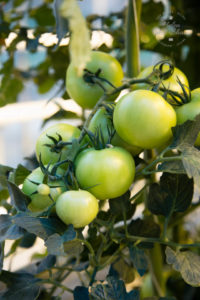 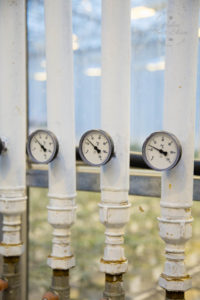 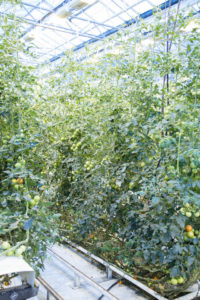 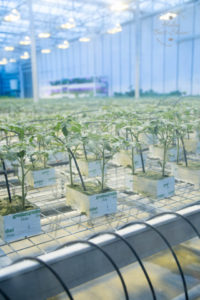 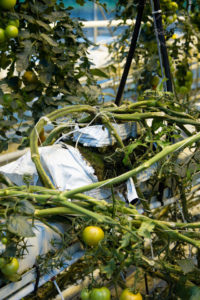 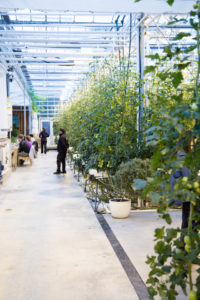 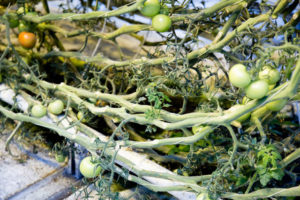 It’s not just a farm, either. Right in the middle of the greenhouse is a small restaurant, serving a tomato-based menu. We enjoyed a rich tomato soup with home-made bread and a selection of toppings, including cheese, cucumber salsa, sour cream and freshly cut basil from the pots on the tables, and pasta with tomato sauce. The non-alcoholic cocktails were especially good, with a “healthy Mary” of green tomato and lime juice with, honey, ginger, and sparkling water being refreshing and tasty.  the puddins were all tomato based too, with a choice of tomato ice cream, cheese cake or a tomato and apple pie.   When we mentioned to some Icelanders we had lunched at Friðheimar, they all agreed that it had been a good choice. 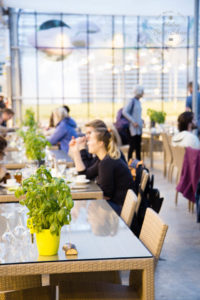 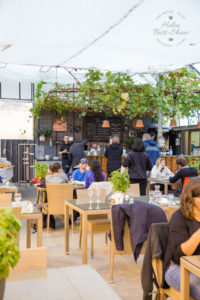 We just loved having lunch somewhere where technology has resulted in such a triumph as a farm growing great produce in such a green manner. It was a welcome respite from what unfortunately was quite a rainy and cold day and could have stayed for ages and have had a tomato cocktail.   Friðheimar is an ideal stopping point for those doing a Golden Circle tour. 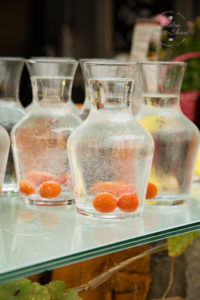 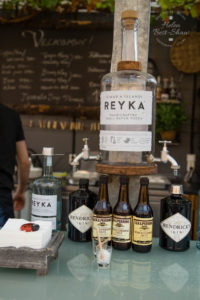 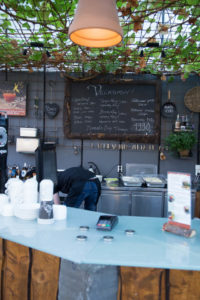 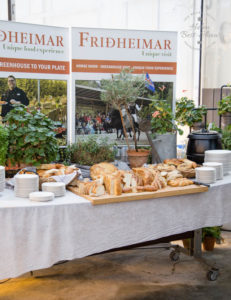 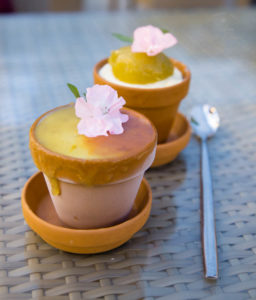 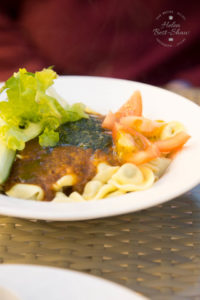 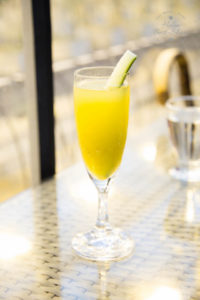