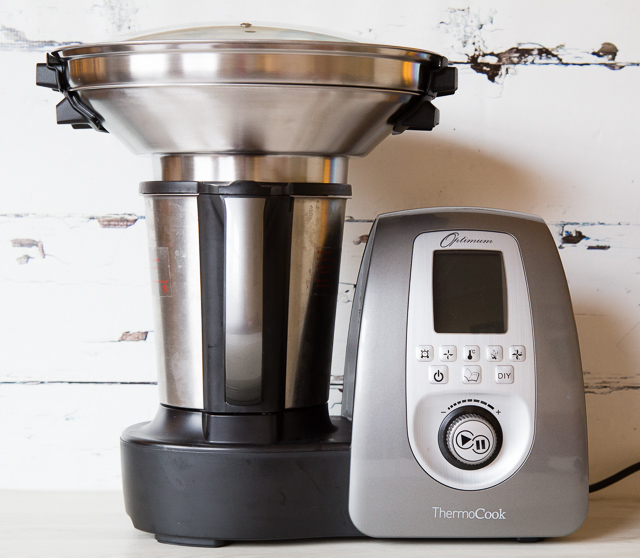 The market for the wonder machine of a cooking food processor has greatly expanded over the last few years, with Kitchen Aid, Tefal, Kenwood and Australian brand, Froothie (with their ThermoCook) all having their own model to compete with the long established, and current market leader, Thermomix.

These gadgets set out to be so much more than a cooking food processor, and the right gadget should be able to replace a food processor, stand mixer, steamer, blender, slow cooker and even a sous vide bath.   They are expensive and if you are thinking of investing you want to know that they will deliver.   I’ve been using the Froothie Optimum ThermoCook now for a few months and I’ve also been testing the Tefal Cuisine Companion, and attended a Thermomix demonstration in order to be able to compare all three and form a fair opinion.   All these machines have a different design, and different strengths and weaknesses, and at the moment I don’t feel that any of them are right for me.

I had really high hopes of the Froothie Optimum ThermoCook. I have their blender and slow juicer, which are both truly excellent and I’d recommend them to anyone (I am a company ambassador and receive an affiliate commission if I make a sale on my recommendation). However I am disappointed by the ThermoCook, which is actively marketed as an alternative to the Thermomix, and really cannot recommend that anyone buy it at the moment. It promises so much, but on so many points it really does not quite deliver which is just such a shame. I am confident that future models will be better as Froothie are a responsive company who do listen to feedback; for example the whisking attachment has already been redesigned. Like other cooking blenders, the Optimum ThermoCook is expensive at a current retail price is £895, but it is currently on offer at £495, (in comparison the Thermomix TM5 is £925), and in my opinion it needs to deliver more to justify the expense.

The Optimum ThermoCookwork well for basic tasks; heating and stirring which means you can bung in the ingredients, walk away and leave it to cook while it gets on with the job.   It is excellent for things like custards, risottos or slowly cooked onions that require slow cooking and constant stirring.   With the inclusion of the cooking basket and the top steamer you can cook a whole meal – make a sauce in the base of the machine, steam rice in the cooking basket (although you can’t as the holes are too big and it falls through – see image), then steam fish and vegetables in the two layer steamer above.

The Optimum ThermoCook does knead bread well and, if you have a cold kitchen like I do, is excellent for proving it when set to 37C.   With the aid of the whisk, which clips onto the main blades, it will whisk and whip cream, make meringue, and fluffy smooth mashed potatoes.

There is a steep learning curve to using these types of machine, and you really need read the instructions to get the best results. There are 20 preset programmes on the Optimum ThermoCook, the majority of which I abandoned after the first week in favour of full manual control. This is another area that the machine does extremely well, and I found to be better than the Thermomix, but it makes the flaws all the more frustrating.

Unlike with the Themomix the motor does not reverse directions between chopping and stirring modes. For a risotto the solution is to use the blades to chop up your onion, then add the whisk, which both scrapes the bottom of the bowl and stops the blades from cutting up the grains of rice. If you want to knead you need to remove the cutting blades (which involves emptying the cooking jug, unlocking them, and clipping in the kneading blades). In comparison the Theromix kneads (and stirs) very effectively by reversing the motor, and the Tefal Cuisine Companion has a central spindle that you simply drop different attachments on to.

The machine has good safety features: it will not switch on unless the lid is properly attached, and it will not blend above speed 4 when containing hot liquids. However, as I discovered when making soup it goes from zero to speed 4 very quickly and the build up of hot steam is almost enough to blow the lid off. Also, despite 5 minutes of blending after cooking a simple vegetable soup did not have the silky smooth consistency I wanted, and had experienced from a soup made in the Thermomix (see image of my not so smooth soup from the Optimum ThermoCook). 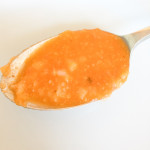 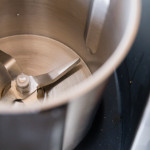 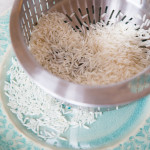 Chopping is OK, but the cutting blades do not reach the bottom of the machine (see image) so bits get missed, or caught, I find the chop is not very even and you need to scrape down the sides of the bowl to ensure an even result.

Annoyingly, the main cooking jug does not go in the dishwasher, unlike the jugs for the Thermomix jug and the Tefal Cuisine Companion. As we are fans of the hot water temperatures used by dishwashers, and the better results than we achieve than by hand washing (which we hate), I felt that this was a particular, and unnecessary, weakness.

The machine is easy to programme in manual mode (and having got to grips with it is how I would use it, especially when converting Thermomix recipes), but there are a few niggles; I’d like a touch screen as with the current controls there seems to be lots of button pressing and knob twiddling. This was especially noticeable with the temperature selection knob which needs far too many turns. When using in manual mode (subject to safety limitations) you can programme from 1 second to 12 hours, heat can be off or set to 37C – 120C (to the nearest degree), set the blades speed from 0 – 10, and the neat intensity from 1 – 10.

The biggest strength of the Optimum ThermoCook is the huge potential to use the machine as a sous vide; you can set the temperature to the nearest degree C. When tested with an accurate probe thermometer the thermostat is off by 2C, but it impressively held a steady temperature to within 0.3C of 62C over four hours.   In contrast the Thermomix can only be set to the nearest 5C (with programmes at 37C and 98C) and does not offer the function to really fine tune temperatures, which is essential for sous vide cooking.

The ThermoCook does not have integral scales (a stand along set is supplied) unlike the Thermomix, which means you cannot add and weigh straight into the bowl.

Precise and easy fine temperature control real potential to use as a sous vide.   Makes great risotto and custard. Made by a brand who makes excellent blenders and juicers.

Lack of reverse function and need to use a separate kneading blade. It does not go in the dishwasher. Lack of integral scales. Far less sophisticated than the Thermomix. feels like a development model.

I am rather disappointed by the machine, but am looking forward to seeing what an updated model is like as there is promise there. Admittedly others have had a different experience, but for me it feels as if it is still in development, at full price of £30 cheaper than the Thermomix TM5 it no where near matches up.   If you want a thermo-cooking machine,I would wait to see what the updated model of the Thermocook brings, or investigate buying a second hand, or reconditioned Thermomix 31 for a similar price. If you really want to have a good sous vide function then wait and see what the next model of the Thermocook is like.   With more manufacturers entering the market, and challenging the market leader, I hope that thermo-cooking appliances will become both better and more competitively priced.

We received an Optimum Thermocook for review, which we have now returned to Froothie. All opinions our own.