You are here: Home / Other / Special Fried Bulgar Wheat 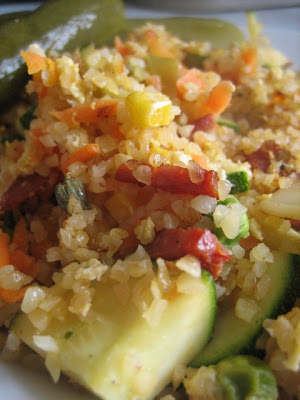 For me January is Use It All Up Month, I have pledged not to buy any non perishable foods until mid February, and all those packets of half full grains, pastas, beans and pulses must be used up. It is going to take a certain amount of self restraint and imagination, but hopefully I will empty the cupboards and discover some new recipes.

Egg fried rice is one of my favourite dishes, simple to make and one can use all the “fridge bottom” vegetables and leftovers up in it, but the rice for it requires cooking first. I am always looking for ways to make cooking easier and taste better and using nutty bulgar wheat instead of rice is a logical substitution, it adds more flavour and gives the dish a lower GI (good for the South Beachers!). I think of bulgar wheat as an interestingly flavoured and textured instant rice, that it only needs soaking not boiling (despite what it says on the packet). Simple pour into a bowl, add a teaspoon of Marigold stock or spices and pour over twice the volume of the wheat in boiling water and leave to soak for 20 mins. Stir and strain off any excess water and you are done. This is a perfect lunch for 2 at the weekend for using up leftovers, use whatever vegetables that you have to hand.

Simply fry any raw meat until cooked, add the vegetables and stir until cooked, throw in the soaked bulgar wheat and stir. When all is cooked make a well in the middle of the mix and pour in the eggs as they start to set stir them into the wheat and vegetables. Season with S&P and soy sauce.

Serve with a fried egg on top or stir some grated cheese in. 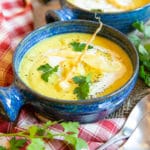 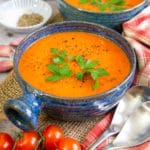 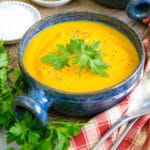 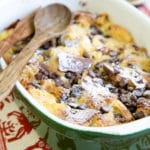